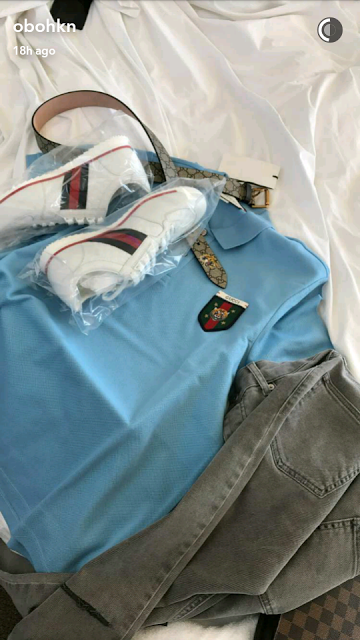 HKN Gang Boss and Omo Babaolowo crooner, who was recently in the news for issusing dude cheque to purchase a car, has used up 73,300 rand which is about N1.6Million for his wears in a Gucci store in South Africa.

The singer then took to Snapchat to show off the receipt from his shopping. 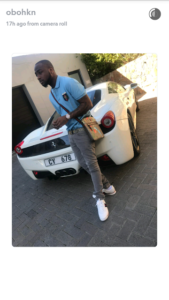 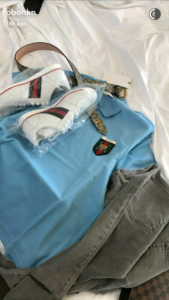 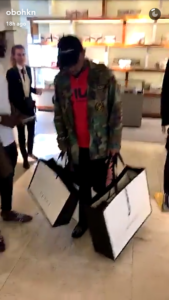