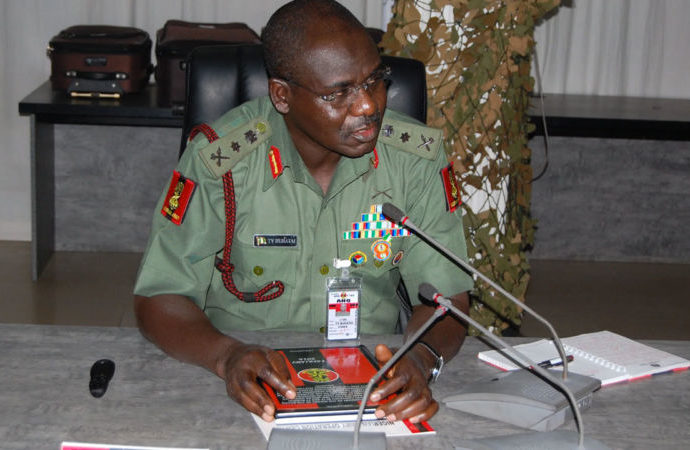 Army staff of chief, Tukur Buratai, has revealed that the defence headquarters (DHQ) did not declare the Indigenous People of Biafra (IPOB) a terrorist organisation.

He explained that the DHQ only pronounced the group as a terrorist organisation.

However, Senate President Bukola Saraki in reaction to the development on Monday said the action of the military and the governors was unconstitutional.

Speaking at the official launch of Operation Python Dance II in Abakaliki on Monday evening, Buratai said the pronouncement was in no way a declaration.

He said the military did not act beyond the limits of its power by the action.

“You have to get it very clear. First of all, what the defence headquarters did was to make pronouncements. It wasn’t a declaration per se. But this has given room for the right step to be taken. I think the government is doing the right thing,” he said.

“It is not that we are overstepping our bounds. We are still within the limits. And I ensure you that what the military said was to set the ball rolling and to bring the awareness to the public that this is what this organisation is all about. I’m happy that the government has done the right thing right now.”

SEE ALSO: MEET THE MAN WHO MADE ALIKO RICH  •THE STORY OF HIS UNCLE, ABDUL-KADIR DANTATA