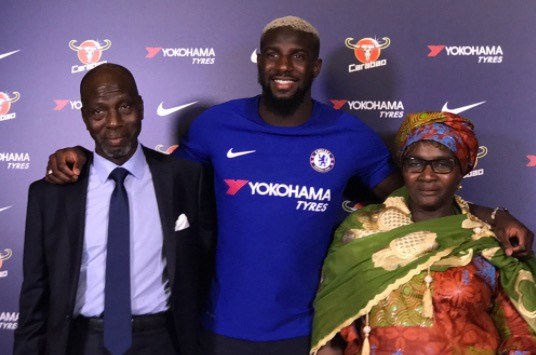 One of the standout performers for Chelsea on Sunday was Tiemoue Bakayoko.

Having signed from Monaco in the summer, this was Bakayoko’s first game for Chelsea and he did not disappoint.

The French midfielder, alongside N’Golo Kante and David Luiz produced fine performances in the middle of the park.

For much of the game, it was very much Kante, Luiz and Bakayoko versus Moussa Dembele, Eric Dier and Victor Wanyama.

Bakayoko played the full 90 minutes, a fact even he was surprised about post match.

Many Chelsea fans will be aware of the Blues fan website ‘We Ain’t Got No History‘.

They’ve posted an eye-catching report following the Tottenham game which suggests that Didier Drogba had a major hand in convincing Bakayoko to play against Spurs.

The rumour goes as follows:

A source at the club confirmed that Conte was taken aback by the gesture. Bakayoko essentially told the manager “if you need me, I will run for 90 minutes and worry about it later”.

Not many players willingly put themselves in that sort of situation; particularly when the opponent is both as good and as physical as this Tottenham side.

A certain Ivorian idol of Bakayoko’s reportedly telling him the meaning of this fixture unquestionably helped.

Bakayoko also spoke at length to SFR Sport after the Tottenham game.

On his role in the Chelsea team, the former Monaco man said the following:

It was a discovery for me. Now I just need to find my partner more easily. But it will come in the future, I’m happy for this first match anyway.