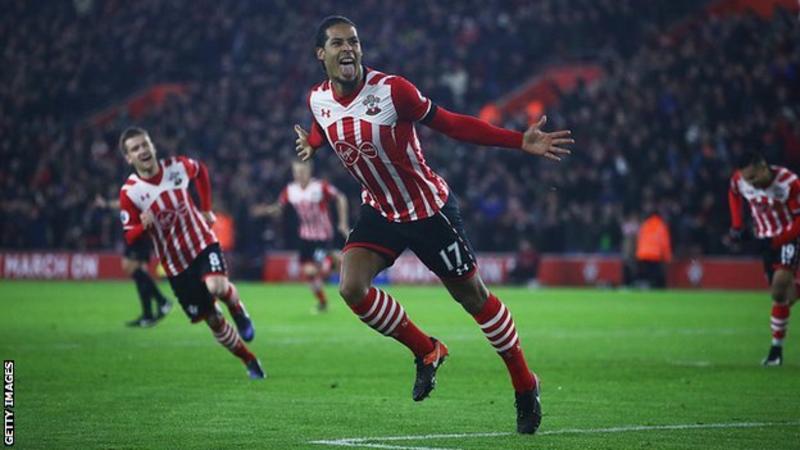 Liverpool have signed quite a few Southampton players in recent years but one they wanted in the summer, Virgil van Dijk, will be in a Southampton shirt against them tomorrow.

No comment from Jurgen Klopp though. “You really expect an answer? What happened in the summer? I have nothing to say about that,” he insists.

Klopp says England international Adam Lallana, one of those ex-Southampton players, who has not played this season because of a thigh injury sustained in pre-season, will not be rushed back into action.

“There is no rush. We have games every three days for the next few weeks. We will use him for sure but bringing him in for 90 minutes? That won’t happen.”

“I feel really good,” he enthuses, paraphrasing James Brown. “I am 50 now so maybe I need to get used to it but that’s twice in a British hospital now. I’m not ill. It’s good news.”

The German was taken to hospital because of illness this week but he will be available on the sideline for the game against the Saints.

‘It should be difficult for every player coming to Anfield’ – Klopp was last modified: November 17th, 2017 by Damilare Salami