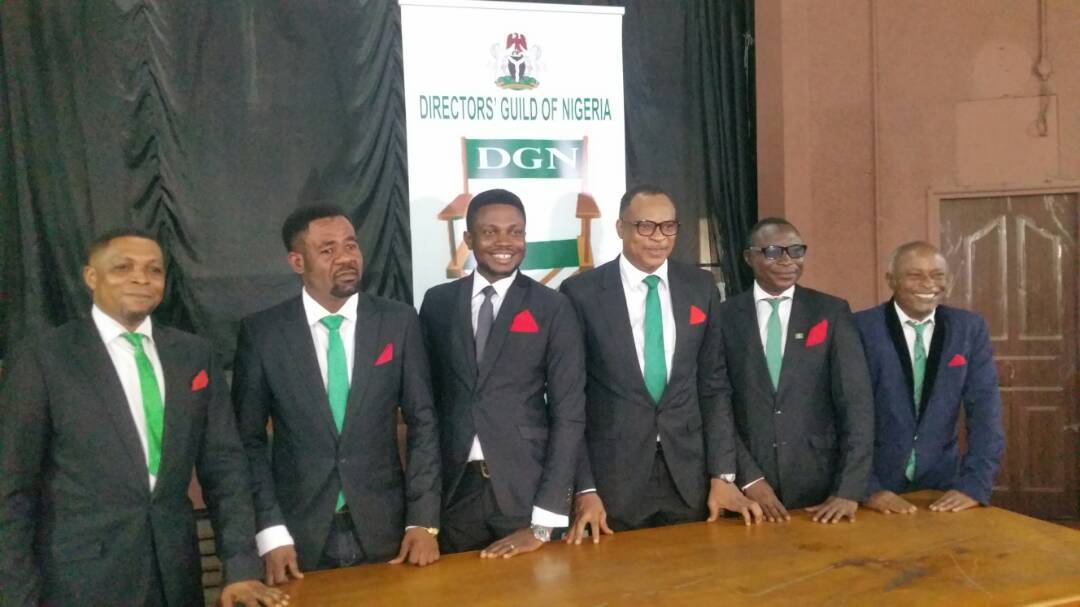 It was another splendid day of fun and spectacle as the Directors’ Guild of Nigeria DGN inaugurates new Executive Members to mark the commencement of another two-year term of Mr. Fredrick Amata as President of the guild.

The inauguration of the eight-member executive, which took place on Friday 22, June 2018 at the celebrated cinema hall of the Nigerian Film Corporation, Obalende, Ikoy- Lagos, started at 12.30 pm amid topnotch filmmakers and stakeholders of the Nigerian entertainment industry present to witness.

The new executive was elected on April 13, 2018 after a successful convention / AGM in Abeokuta, Ogun State tagged ‘DGN-OGUN Nollywood Fiesta 2018’ from April 11-13 2018; with an official theme of “Bringing Nollywood To Rebuild Ogun Standard”, and hosted by the Ogun state Government.

In his inaugural speech, the President Mr. Fred Amata thanked every member for standing by him and staying true to the guild’s agenda and policies. ” First of all, I am cherished to be here to express my immeasurable gratitude to the support and trust given me. It is a remarkable honour to be chosen by my colleagues once again to lead our noble guild, and I critically look forward to taking on the challenges facing our members and industry. Today, DGN has spoken – and spoken unwaveringly. So let me speak decisively in return.” Amata said in a statement.

He went further to state that “Not only am I thankful for your support, but also for all the candidates who offer to serve the guild and seek solutions for internal and external problems. With your trust, I will work tirelessly on your behalf to help address challenges, and to secure lasting and meaningful improvement to quality. Thank you for the election. I promise you, as president I
will do my very best to listen and ensure transparency. ”

The President also used the event to inform members on progressive development on amending the constitution before the August deadline. He highlighted on the need to create more departments / committees in providing services, information and resources to DGN members; and finally illustrated on the many challenges in the guild, but believe we can overcome them if members rise above politics to do what is best for the guild.
The President thanked DGNEC 2018 championed by Barrister Tunji Bamishigbin as Chairman, Mr. Tony Anih (Secretary), Mr. Sam Azubuike, (Member), Mr. Ken Njoku (Member), Mrs. Tope Oshin (Member), Chief Ogie Ogedengbe (Member), Alhaji Abdulkareem Mohammed (Member) for their continuing service to the guild and wish them the best for the future. 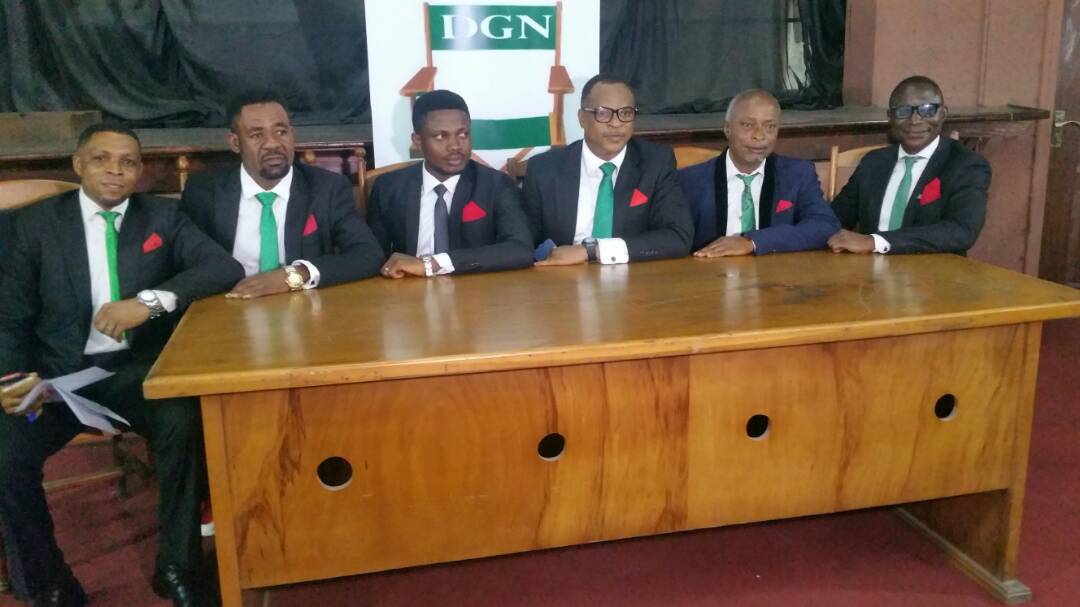 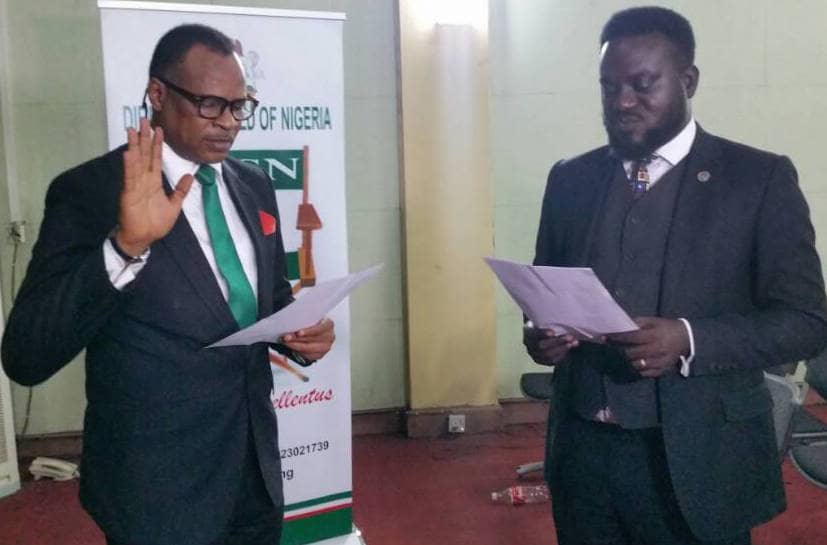 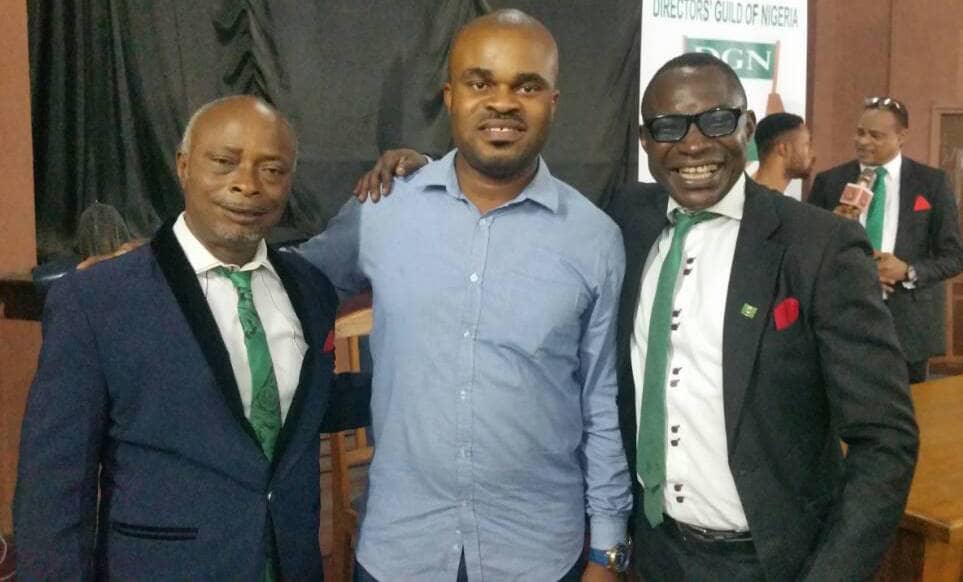 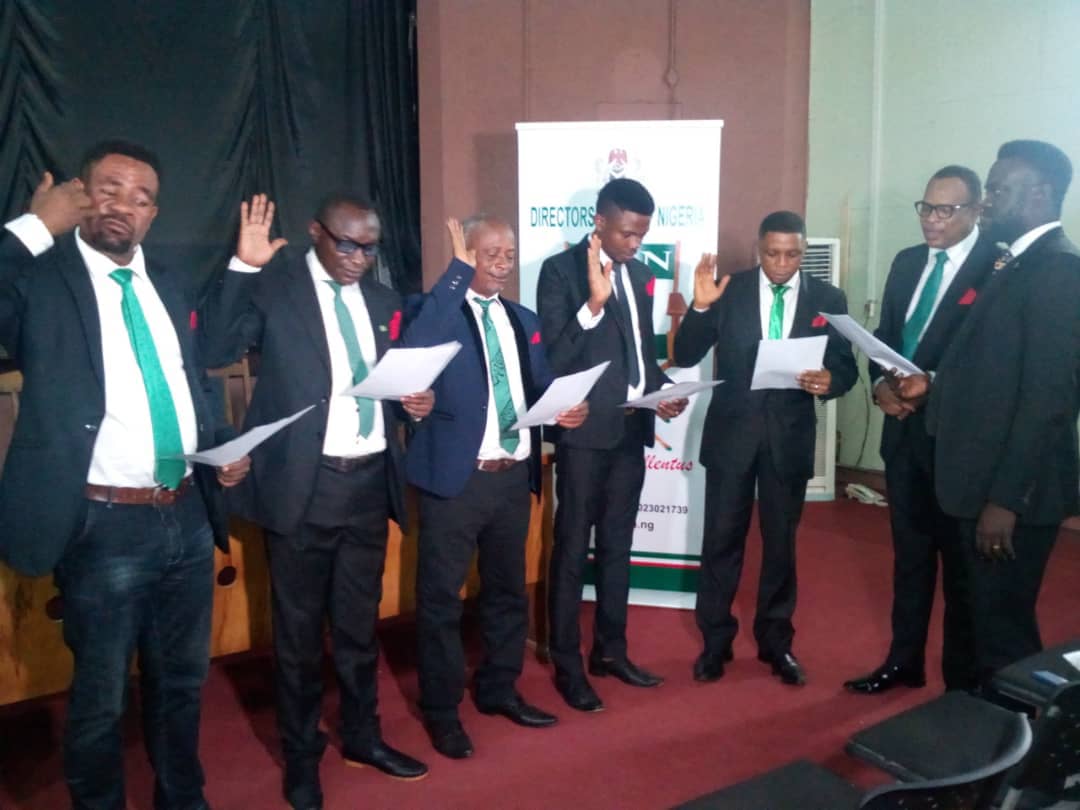