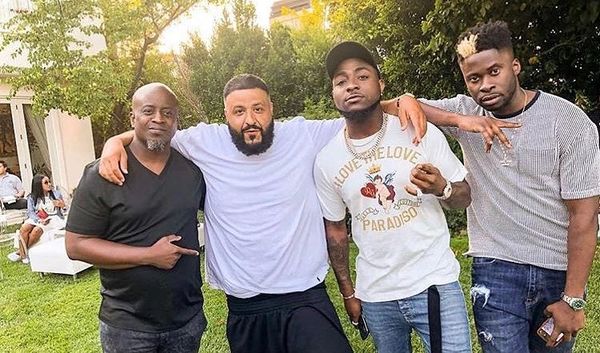 American DJ and music producer, DJ Khaled has something for his African fans and it involves Nigerian superstar, Davido

Khaled has met with Nigerian Afro-pop superstar Davido in Los Angeles where he has been sampling Nigerian and African tunes.

He promised his fans in Africa, that he will be ‘cooking up’ something just for them.

The DMW boss like other Nigerian superstars Wizkid, Cassper Nyonvest, Mr Eazi and Burna Boy have been breaking boundaries for music on the continent.

Penetrating The International Market Is Not My Goal – Wizkid