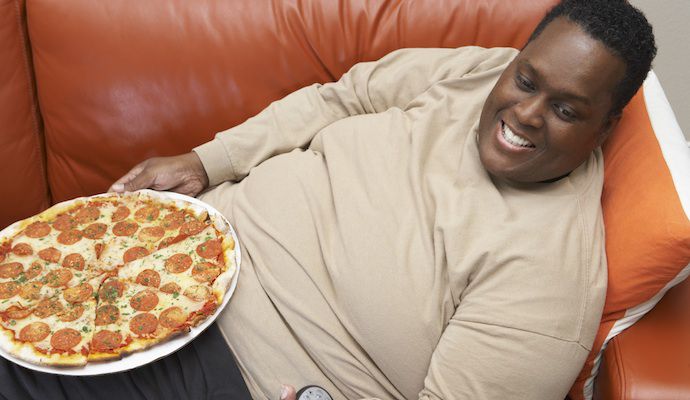 Dr Ian Westmore, board member of the Psychiatry Management Group (PsychMG), says as it currently stands, obesity remains a medical condition, and perhaps for this reason, research has focused neither on understanding the psychological impact of living with obesity nor the influence of mental health on the development of obesity in the first place.

He points out that a staggering 40% of women in SA are obese, which means they have a body mass index greater than 30 kg/m2. It is also no longer just an adult problem with one in four girls and one in five boys between the ages of two and 14 being overweight or obese.

These statistics have significant implications not only for the physical health of adults and children, but also for their future mental health, considering the link between obesity and mental health.

“It is generally agreed that being overweight or obese occurs when the caloric intake exceeds that which is spent. But when we take a closer look at research, we see that there are many contributing factors to obesity, such as traumatic experiences, genetics, certain medications, nutrition, exercise, and the perception of weight (in certain cultures for example, being overweight is seen as being healthy and affluent).”

In many instances, stigma plays a significant role in the way that mental illness is perceived and how patients are able to access the necessary treatment.

“Patients suffering from mental illness and obesity have even more stigma to contend with, and it seems that stigma is a significant driver of population levels of obesity. The myth that people are obese because they lack will power and choose to be overweight certainly drives stigma and associated mental health risk.”

In the USA, obesity has been officially declared a medical disease. Westmore says being obese could potentially be classified as a psychiatric illness or as a behavioural disorder, whereby the dysfunctional behaviour is eating.

But he clarifies: “It’s simply not correct to equate this in saying that free-willed choices about eating are the root-case of obesity. On the contrary, just like any other psychiatric disorder, obesity represents a dysfunction involving genetics, anatomy, physiology and environmental factors that result in an inability of the brain to properly regulate behaviour.”

He points out that categorising obesity as an eating disorder has nothing to do with pointing a finger of blame at people’s behaviour, just as one would not blame depression on sloth.

“Many researchers have applied an addiction model to at least some forms of obesity, noting similarities in terms of the immediate psychological rewards one derives from eating, a loss of behavioural control, and overlapping neural systems underlying ‘appetitive and consummatory behaviours’.

“Obesity stigma is widespread and causes profound emotional suffering and leads to weight retention or gain. Those suffering from obesity feel judged, are excluded from certain social networks, indirectly affected by the stigmatisation actions and decisions by others. This leads to psychosocial stress and feelings of being discriminated against.”

He says psychiatric disorders such as depression, attention deficit disorder and post-traumatic stress disorder can lead to weight gain owing to “comfort eating”, a lack of interest in preparing healthy meals and impulsive eating habits. The effect caused by the stress hormone cortisol also plays a role in weight gain.

“People suffering from serious mental illnesses such as schizophrenia are known to be at higher risk for developing weight gain and obesity compared to the general population. This contributes to other serious physical conditions such as coronary heart disease that reduce the life expectancy of these patients by up to 25 years.”

So what can be done? Westmore says that lifestyle interventions to modify diet and activity should have a central role in stemming the epidemic of obesity and obesity-related conditions.

“Support groups can go a long way in helping us and our patients. Studies have shown that addressing weight stigma and bias and promoting positive mental well-being are two important areas of focus for supportive management of individuals living with obesity.”

As is the case with many conditions, “prevention is better than cure”.

“It is perhaps prudent to pay particular attention to the prevention of obesity in children by teaching them to make healthy food choices and encouraging them to become more physically active (less time in front of the TV, on a tablet or computer). By doing this, we may be ensuring not only that they will be physically healthier adults, but also reducing their risk of mental illness.”