DOLAPO BADMOS, A FINE COP I KNOW By CHARLES OKONJO 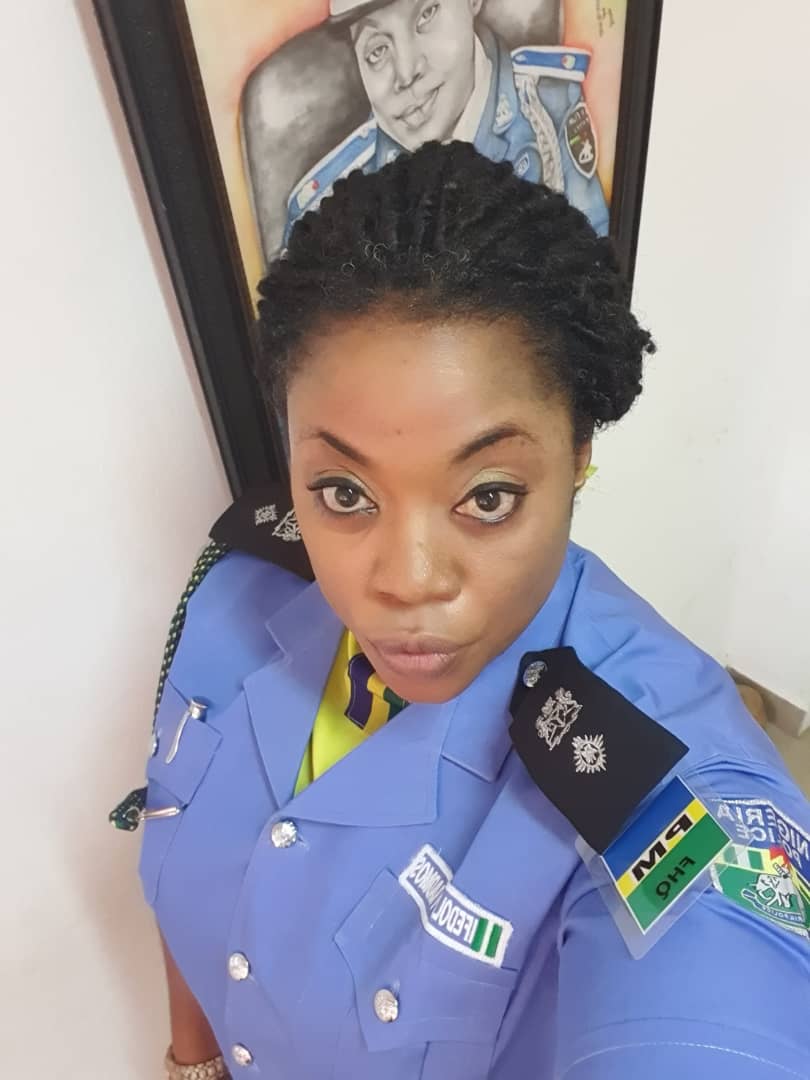 At about 1pm Saturday 19th October..I received a call from my friend Adeolu..Adeolu has been an ardent follower of Police actions and Operations in Nigeria, thanks to his brief study of diploma in criminology. That must have perhaps made him develop interest in security matters.

His call came in and I was trying to exchange banters but he quickly interrupted by saying “Charles!!! have you heard about the news going round that Dolapo Badmos has been dismissed from the force?” I screamed so much as I could, before my brain blanked out!!!

On getting myself back, i tried to put a call across to a friend who is within the Police to ask a simple question “what has she done?” Her response jostled me more, she said “even me I can’t understand, we are all still in shock” then It became more confusing.

No clue to clear the air. While seated in the confusing state, I started thinking of what could have happened? I know Dolapo Badmos, I’ve never seen her in conflict with the law, she has never been reported to have violated anyone’s human right, she has not worked as SARS operative, none i could remember!

What must have happened? I could remember how she vividly wrote letters to his colleagues in SARS not to harass Nigerians, I quickly played again her video where she said Policemen have no right to randomly search the phones of Nigerians on the street! What could have gone wrong?

Having followed her activities keenly, her dexterity and commitment in ensuring human rights are not violated and especially how she has ever stood up against decadence within her organisation then I concluded may be she was dismissed because she might have stepped on “toes” evil toes though within her organisation.

My heart sank because I felt Nigeria may have lost another fine officer. As I was ruminating over this then my police friend called in and screamed on top of her voice “”Charles, the news is fake!!! Oh my God the news is fake!!! Police Service Commission just debunked it, oh I’m relieved! She’s one of our finest officers why would such happen! Oh I’m happy.” and she hung up .

Hmnnn I became relieved at the news. I’m so glad the news of her rumoured dismissal and later reduction in rank is untrue…perhaps if she has ever been queried in line of duty it must probably be because she have “effrontery” to speak up about ills within her organisation or maybe while defending the Youth out there which her organisation may not find comfortable. Whatever the case maybe my prayers are with her. This fake news is uncalled for.

This is why I say we should all come together to end Fake news before it ends us. Congratulations to CSP Dolapo Badmos for scaling through the antics of detractors and I implore her to stay focused.
CHARLES OKONJO writes from Festac Lagos.