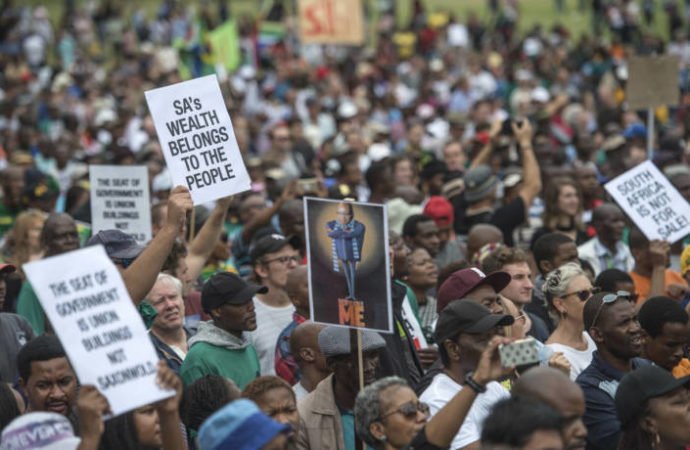 Political party’s standard bearers in this year’s elections and those of 2019 general elections have been urged not to dangle religion as a bait to win the votes.
The advice was given by the Spiritual leader of Shafaudeen In Islam Worldwide, Professor Sabit  Olagoke,  during the grand finale of the  2018,  Ishrat, which took place at the mission’s head quarters Wakajaye, Ibadan.
Prof Olagoke, who is the President of Ajagun Esin Consultative Forum (AECF), said the clergy should not play into the hands of politicians, who might turn them into tools. He said: No patriotic and  God-fearing politician would use religion to engender violence and upheavals in the country. He asserted that religion  should be used as a catalyst for growth and development rather than being turned into an instrument of division.
He  called on all those aspiring to govern or lead the country in one form or the other not to see public office as an avenue for looting but an opportunity to serve their country with fear of God.
He appealed to all and sundry to shun hate speeches, which could cause violence in the country, stressing that the country has everything to lose in disunity.
He advised that all religious leaders should coexist as symbols of the quintessence points where they focus on issues of tranquillity of mind and peace in the environment, reforming adherents to transform the society for the better.
The Rector of the Polytechnic Ilaro in  Ogun State, Arch.Olusegun Aluko, who was among the scores of Nigerians honoured on the occasion, commended Olagoke for his impact on education and religion, adding that he was an asset to the  Polytechnic from where he recently retired.
The Rector called on all religious leaders to emulate Olagoke, who he observed was passionate about the work of God. He noted that for long he has been considering in  promoting religious harmony in the country.
The Oluwo of Iwo, Osun State, Oba  Abdulraheem Adewale Akande, who commended Shafauden Mission for peaceful propagating of  Islam, called on the Founder of the Mission not to rest on his oars.
Scores of the leaders of the mission were honoured and elevated with higher spiritual titles as Teribiya Musaudeen, Imam  Shafaudeen Cote D’Ivoire, praised God for the success of the occasion.
Don’t Exploit Religion to win election, cleric tells office seekers was last modified: February 2nd, 2018 by Reporter