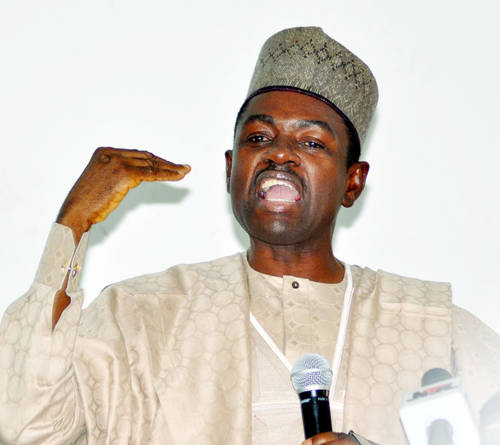 Labaran Maku, who served as Information minister under ex-president Goodluck Jonathan’s administration, on Monday revealed why he dumped the Peoples Democratic Party, PDP, for the All Progressives Grand Alliance, APGA.

Maku, who was the immediate past federal government’s spokesman, revealed that he dumped PDP due to “impunity and imposition of candidates”.

Speaking in Igbabo, Doma Local Government Area of Nassarawa State, the former minister said he was “denied the party’s governorship ticket in 2007 and 2015 due to injustice and impunity that was the order of the day in PDP.”

He insisted that APGA was the only party that ensures justice and fairness, adding that the party was not participating in the forthcoming local government elections in the state due to injustice and lack of fairness that characterised the process.

Maku condemned the state government’s decision to commence the election process, while the State Assembly is still trying to amend the tenure of chairmen and councillors and other provisions of the local government electoral act.

Why I dumped PDP for APGA, Ex-minister, Maku reveals was last modified: April 2nd, 2018 by Reporter