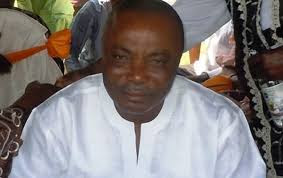 Senator Nwaboshi, the lawmaker representing Delta North district at the National Assembly, was arraigned by the anti-graft agency on Wednesday on two counts of fraud.

He, however, pleaded not guilty to the charges preferred against him. Justice Mohammed Idris consequently stood down proceedings till 11 am, when he would hear arguments for and against the senator’s bail application.