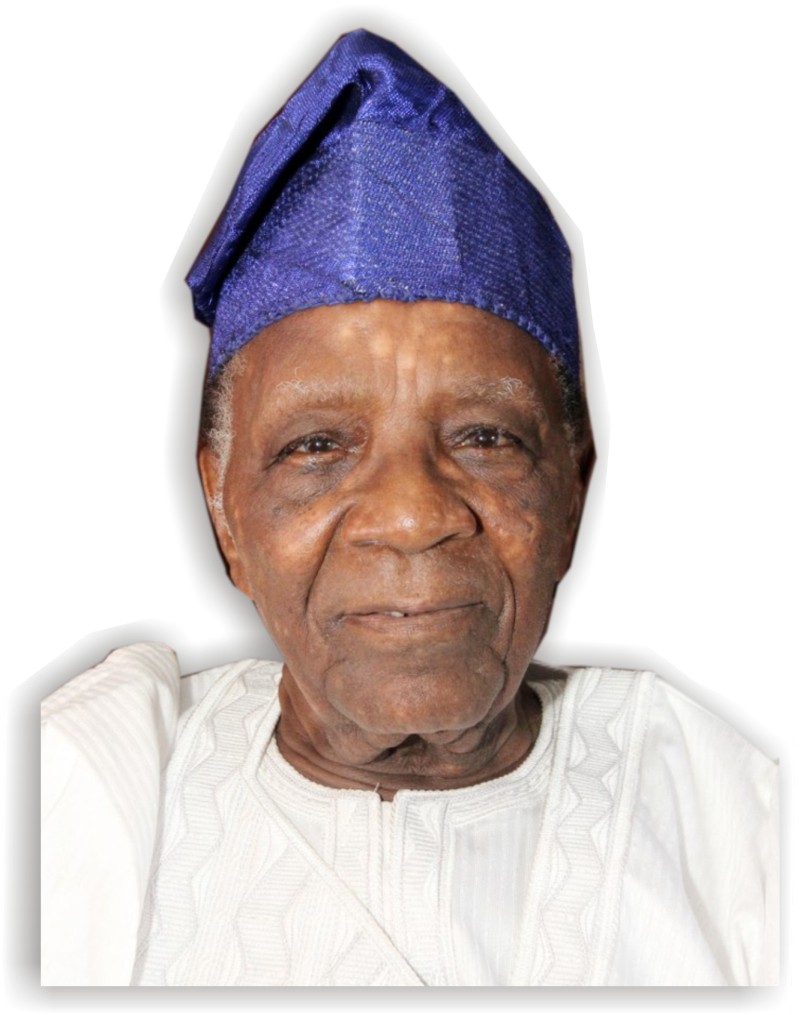 There are not many parties that would bring about 5 Royal fathers, the Abeokuta Christian Community, Abeokuta Club, Abeokuta Sports Club, Ogun State and federal politicians, young and old community leaders, members of the Nigerian Bar Association as well as highly placed men and women of honour; but Dr Akin Majekodunmi’s 90th birthday was more than capable.

It was an event that was well-organised; there was beauty, splendour, culture and class on display. As a matter of fact, guests came from the United Kingdom and the United States of America to felicitate with the birthday boy. The party was held on Saturday, June 18, 2021, in Abeokuta, Ogun State.

High Chief Dr Akin Majekodunmi is an accomplished man, a proud Egba son and a retired surgeon. As a matter of fact, he was among the very few surgeons who are privileged to ply their trade in Nigeria and the United Kingdom. He has also faithfully served his fatherland having tutored a good number of high-ranking medical practitioners in Nigeria today.

Dr Majekodunmi is not only a medical expert of high repute; he is also a family man and community leader. He is the father of 4 beautiful children who have gone ahead to give him grandchildren and great-grandchildren. He is also a multiple chieftaincy title holder. This is just to show how much influence he holds on his immediate and extended family. When it comes to being social, high chief Dr Majekodunmi cannot be found wanting. He has been a financial and active member of the prestigious Abeokuta Club and Abeokuta Sports Club. We can go ahead to tell you more about this illustrious Egba son but for space.

City People’s Brands Editor, DAMILARE SALAMI 08155134152 was at the venue of the grand reception alongside senior photojournalist, Abdulrasheed Sanni. In this report, he brings you some of the highlights of the event, enjoy.

Chief Akin Majekodunmi who turned 90 a few days back is a celebrated Surgeon who has lived all his life in Abeokuta and has made his mark in the field of Medical Practice. This accomplished medical doctor is also the head of the popular Majekodunmi dynasty in Abeokuta. Though he didn’t celebrate it big on his actual birthday, in a matter of weeks, his children & family are putting together a befitting 90th birthday, in honour of this great Nigerian & elder statesman, who has lived a worthy life.

He is an Egba high chief who has been honoured with big titles in the land. He is the Balekan of Egbaland and Otun of Egba Christians. Professionally, he is also accomplished. He was the former Chief Consultant Surgeon, State Hospital, Abeokuta. He is the founder and Proprietor of Adura Majekodunmi Hospital, Abeokuta.

Everyone who is conversant with the main auditorium of the Olusegun Obasanjo Presidential Library OOPL knows that it doesn’t accommodate events that are less classy. It wasn’t a surprise when the biggest vendors in Abeokuta stormed the town one after the other. The auditorium was completely transformed. Global Events and Parties handled the décor and they did a great job. The setting wasn’t official in any way. It gave room for people to freely network and relate but with boundaries. The royal fathers in attendance had their highly placed table directly opposite the celebrant and other top dignitaries while other guests were strategically positioned in such a way that none was obstructing the other’s view.

DJ MJAY’S LOVE FOR OLDIES DID THE MAGIC

If there’s a DJ in Abeokuta that could match the class of the audience in attendance, it is no other than DJ MJAY. Her profile speaks volumes. She is arguably the biggest and best female DJ in Abeokuta; little wonder she rocks virtually all the big parties in Ogun State.

Cool oldies oozed from DJ MJay’s turntable as guests trooped in one after the other on Saturday afternoon. It was an evening that brought back some beautiful memories for the older guests in attendance. This was because DJ MJay went back to the 70s and 80s and brought back the long-forgotten Disco life into the auditorium. The celebrant was spotted a couple of times moving his head and body as well as humming some of the songs.

In all, DJ MJAY proved that she is a master of the craft, she didn’t leave the generations X, Y and Z wondering why they attended. She equally gave them the opportunity to feel the grooves that reigned in their time while the current trends were not missing in action too.

Let’s be the first to mention to you that 5 not less than five royal fathers were in attendance at Baba’s 90 birthday showdown. The first to arrive was the Alake of Egbaland and the paramount ruler of Egba kingdom, Oba Adedotun Aremu Gbadebo. He was physically not present but his staff of office did the magic. He was also ably represented by one of his high-ranking chiefs, Hon Chief Omolaja Ayodele who also doubles as the chairman of the Abeokuta South local government. Also at the event were the Olu of Siun, Oba Lawrence Olawale Odeyinka and Oba Musibau Oladapo Adeyole the Olu of Oteyi Olokuta.

The Osinle of Oke Ona, Oba Dosunmu Tejuoso came in grand style. He was flanked to the left and right by his three beautiful queens. Olori Omolara, Olori Yetunde and Olori Labisi were glamorously dressed in the same outfits. It was a touch of gold from jewellery down to attires. These Queens added so much glamour to the party. They are indeed symbols of royalty.

AGURA’S KEY ROLE AT THE PARTY

Agura of Gbagura was not left out at the party. As a matter of fact, he played a key role. He anchored the celebrant’s cutting of the cake. Oba Saburee Babajide Bakre is one of the foremost rulers of Egbaland who felt highly honoured to be taking such a key role at Pa Majekodunmi’s party.

Ludare is a popular juju and live band singer who has paid his dues in the owambe industry in Nigeria. Not many know that Oludare Olateju is the son of a popular juju maestro, Emperor Wale Olateju. At the event, Ludare proved that music for him is in the blood. He was on the stage for several hours, delivering back to back without having to sing a song twice.

What was the audience’s reaction to Ludare’s performance? It was fantabulous… They loved his display and didn’t want him to stop but the truth of the matter is that every party must come to an end. Ludare isn’t just a singer, he is a performer with high musical dexterity. His band boys were also highly spirited judging by the kind of ovation they received from the crowd at intervals.

Morenikeji Olukoye is an anchor, a compere and a standup comedian who started comedy in the year 2008. He is popularly known as @Koyecomedian on Instagram and is one of the wave-making acts in Abeokuta. He is indeed a huge talent. His ability to understand one’s audience and diversity is unparalleled.

He delivered a master class performance at the event. One of the high points of his performance was when Senator Lanre Tejuoso took him on at the show, it was indeed a battle of banter but fun for the guests.

Baba 90 belonged to several associations and he surely made impacts in all of them. Many of them were present while some made presentations, but time didn’t permit all of them to do so. Among those on the podium were the Nigerian Medical Association, Ogun State Chapter, Abeokuta Club, Abeokuta Sports Club, the Egba Christian Chiefs and Abeokuta Grammar School Old Students Association.

All of Baba’s children stormed the stage one after the other for their dance session and you could tell that they all had their separate crowds who came to show them love and support.

One of the most happening spots at the event was that of the Ogun State lawmakers. The honourable came in their numbers. City People gathered that Barrister Funmi Adeyemi’s husband is a popular politician in Ogun State and that he is so dear to many of those politicians. At the honourable’s corner was Hon. Sola Adams from Ijebu East, Hon Kunle Sobukunola from Ikenne, Hon. Adeyemi from Abeokuta South, Hon Oduwole, and Rt Hon. Titi Oseni among several others.

Mrs Oluwaseun Ayedatiwa is the wife of the Deputy Governor of Ondo State, H/E Lucky Ayedatiwa. She is also a very close friend of Pa Majekodunmi’s first child, Barr. Funmi Adeyemi. She was one of the dignitaries at the event and brought goodwill messages from the Ondo State government.

Let’s quickly tell you that Her Excellency is not only a beautiful woman but also a super-dresser. She was gorgeously dressed in a touch of red outfit. During her address, she encouraged the audience to live a life of impact just as Dr Majekodunmi has done. She also advised everyone to pay rapt attention to their health, citing Baba Majekodunmi as a good example.

We mentioned earlier that the event was planned by Global Event Coordinators, that brand is a Nigerian company with a world-class standard. It also involved other top party vendors like Sinat Cakes while Tosok Cuisine served the dishes. They all played significant roles in ensuring that the party was a huge success.

As the event was gradually winding down, Sen Olanrewaju Tejuoso, a former commissioner for health in Ogun State and former Senator anchored the toast. He is also a prince, the son of Oba Dosunmu Tejuoso. His speech was an eulogy for the man whose steps he watched as one of those who inspired him to become a medical doctor.

READ ALSO: WHY TINUBU DOES NOT JOKE WITH HON. JAMES FALEKE

Why TINUBU Does Not Joke With Hon. JAMES FALEKE

What New Comers Should Know About Real Estate