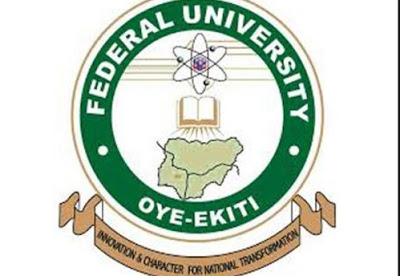 President Muhammadu Buhari announced today at the funeral service held at All Saints Anglican Church, Iyin Ekiti. He was represented by the Vice President, Yemi Osinbajo.

Osinbajo, who delivered the president’s oration at the funeral service, described Adebayo as an officer and a gentleman indeed, saying his military trajectory was in a way a lesson in Nigeria’s history.

He said the Adeyinka Adebayo Federal University, Oye-Ekiti, was one of the ways Nigeria would appreciate his contributions to the unity of the country and immortalise him.

He added that Adebayo fought relentlessly for the unity of the country during the civil war that ravaged the country between 1967 and 1970, and that he suggested to the federal government to opt for dialogue rather than the use of force.

“This is a celebration of a life of sacrifice and dedication to one’s community and nation. General Adebayo was a fine gentleman and the first indigenous Chief of Army Staff who Mr. President had a harmonious relationship with.

“To let you know how respectable this man was to President Buhari, the president personally instructed me to be here. General Adebayo had demonstrated that one must learn how to impact the community where he has the opportunity of serving. As a military officer, he did well and a military governor, he served the people selflessly.

“As a military officer in 1967, he fought hard to prevent the rebel army from making an incursion into Lagos, the then Federal Capital Territory. He headed the post-war conciliation committee for the integration of the Igbos back to Nigeria. In fact, his military trajectory was a case study in Nigeria.

“General Adebayo did not only serve Nigeria, he served with integrity. In the struggle for democracy in Nigeria, General Adebayo was a member of National Democratic Coalition.

A former Governor and son of the deceased, Otunba Adeniyi Adebayo, who spoke on behalf of the family, thanked Governor Ayodele Fayose for naming the new Government House and the General Hospital in Iyin-Ekiti after his late father.

He said Fayose had been very supportive of the family since his father died on March 8, 2017, and had taken it upon himself to ensure that we gave him a befitting burial.

“Though the shoe my father left behind might be too difficult for me, but I promise to live up to expectation. I will do my best for my father to be happy with me in heaven.”

Ekiti Federal Varsity Now Has A New Name [SEE] was last modified: May 21st, 2017 by Reporter

Falz’ dad, Falana is against Osinbajo signing the budget [Here’s why]

7 Effective Remedies To Smoothen Your Facial...