Empowering Humanity With Skills: The People And Polity Model 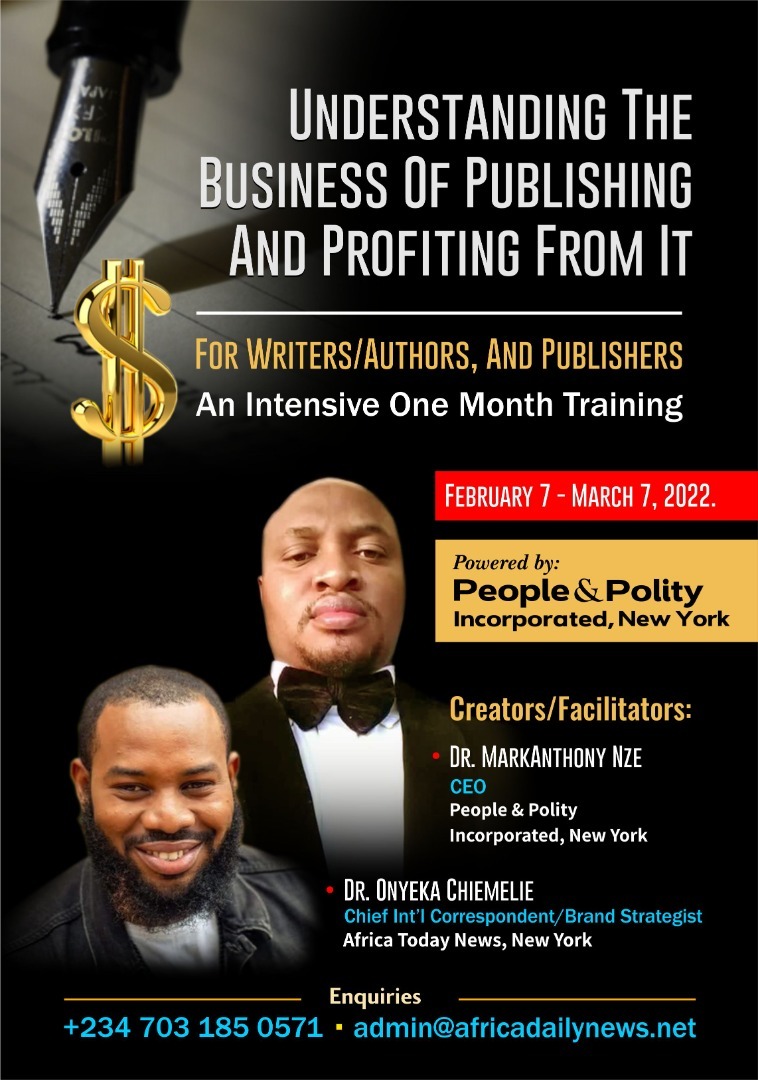 The world has long left the era of certificates and paper qualifications. The ever-dynamic world is now at the epoch of skills and technical know-how. Quite frankly, many people are still scuffling to come to terms with this naked reality, which explains why the desire and boisterous chase for theoretical certificates is still on the front burner in many discussions. The earlier people begin to make acquiring skills primary and academic certificates secondary, the better. The world has changed. It is still changing and will continue to change.

Deeply concerned by this dazzling reality, People and Polity outfit, a group incorporated in New York, United States of America has taken up the Bull by the horn to effect a change in the system of things, especially in Africa. To get things done, they have decided to launch a unique online business school that would focus squarely on empowering humanity with special skills that would eliminate their names from the ugly books of poverty and set them up for life in a world filled with goldmine opportunities.

To this end, the group has announced its plan to hold a one-month online intensive training for writers/authors and publishers. This is actually going to be a secret divulging masterclass that would mark the beginning of what the humanity-motivated outfit plans to unleash.

The one-month intensive training which is billed to hold between 7th of February 2022 and 7th of March 2022 with the theme; ‘Understanding the Business Of Publishing and Profiting From It’ would be a first of its kind in every sense of it. It hopes to hold its participants by the hand, take them to the ever-exciting world of publishing and point them to where the money is in the most simplified manner. Every participant who manages to squeeze himself or herself into the limited slots which would be made available for this would have his or her stars to thank. This is no mere exaggeration. This is a statement coming from a place of due diligence and careful perusal of what is being prepared for this life-changing opportunity.

Many high-demand skill trainings have been lined up for the year 2022 by this group. The goal is not to make money but to empower mankind and restore hope to humanity and contribute its quota towards flattening the unemployment curve.

For people who probably know next to nothing about the ‘People and Polity’ group, it is a group owned and administered by popular award-winning literary genius, renowned New York-based Publisher and Social Critic, Dr. MarkAnthony Nze. To even make matters more enticing, he is one of the key facilitators or creators for this masterclass.

So if you probably want to know the secrets as to how Dr. Nze has written and published five internationally acclaimed novels and at least 6,000 socioeconomic and political articles, this is that rare opportunity. If you’re wondering how he has managed to successfully run three leading news web portals for years consistently and painstakingly, then missing this training shouldn’t even be a choice for you.

To this end, all writers/Authors and publishers both the intending ones and established ones should mark the date of this masterclass in the diaries while they await further details as regards how the training would hold. 7th of February 2022 to 7th of March 2022 would surely be some people’s dates with destiny. Knowledge they say is power and this would be the perfect way to elucidate that adage.

Interested participants should as a matter of urgency, call or message +2347031850571 (WhatsApp) or alternatively send an email to admin@africadailynews.net for reservations. Waiting and procrastinating might be dangerous. Make the move now and prepare your mind to take your destiny into your hands by writing and publishing your way into limitless financial independence. This is that opportunity you shouldn’t sleep on.

Empowering Humanity With Skills: The People And Polity Model was last modified: December 9th, 2021 by Reporter

When Lagos Beautician, Dr. Mary Charles Was Made President of Practitioners of Spa & Beauty Association of Nigeria (POSBAN).

BREAKING! Ooni Of Ife Endorses Tinubu For 2023 Presidency, Speaks To Obasanjo For Support