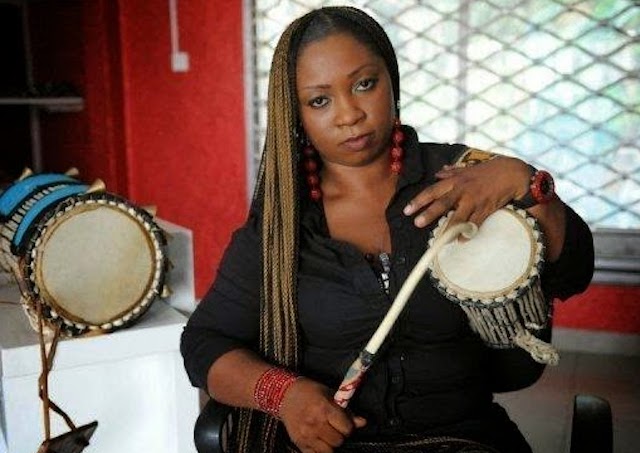 Nigerian female ‘gangan’ drummer, Aralola Olumuyiwa, has called on the federal government to place a ban on the sale and use of skin-lightening products in the country.

The talking-drum star, while speaking with NAN, said skin-lightening soaps and cosmetics would always have adverse health implications on their users.

She cited the case of Rwanda, noting that the country’s decision to ban the products was a step in the right direction to ensure the sound health of its citizenry.

“This is a good development which should be replicated in Nigeria,” she said.

Though Ara agreed that placing a ban on the sales of the products may not completely eradicate their use, she expressed her certainty that doing so will minimise the rate at which these products are used.

“We have seen many people who had developed skin cancer, irritation and other ailments as a result of using skin-lightening products.

“The federal government should work on this and ensure that most of these products are not produced in the country and ban its importation as well.

“This may not eradicate its usage but will definitely minimise it.

“People who use these dangerous products do not bear the brunt alone but it also affects their loved ones when users begin to feel the effects of the cream or soap.”

Speaking on the issue, Ayopo Adeyemi, a medical practitioner, said lightening creams and soaps could cause skin cancer to their users.

According to her, such products could expose the endothelial cells of the skin to wear and tear.

She explained that the endothelial cells form a one-cell thick-walled layer called endothelium that lines all the blood vessels such as arteries, arterioles, venules, veins and capillaries.

Adeyemi said some of the dangers associated with skin bleaching include burning or redness, skin diseases, liver and kidney damage.

Read Also: DOGARA CHALLENGES LEADERS, SAYS “SPEAK AGAINST INSECURITY LIKE THEY YOU IN JONATHAN’S REGIME”

How I Was Spiritually Attacked – Veteran...