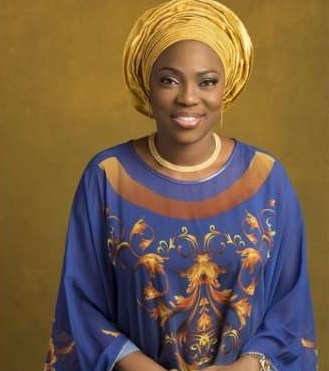 Wife of the Governor of Lagos State, Mrs. Bolanle Ambode, has called for the total eradication of all forms of discrimination and violence against women and girls.
She made the call in her office in Alausa, Ikeja, over the weekend, while chatting with journalists on the occasion of this year’s International Day for the Elimination of Violence Against Women.

Mrs. Ambode noted that violence against women and girls remained one of the most widespread and devastating human rights violence in the world, stressing that achieving gender parity would require more vigorous efforts and legal frameworks, to tackle established anti-female practices spread across socio-cultural and political landscapes.
According to her, “Everyone has the right to live their life without the threat of violence. This holds for everyone irrespective of age, gender, religion or any other characteristics of human identity.”

‘’We must all come together to put an end to these acts by supporting not just by the passing and implementation of laws to protect girls and women from child marriage, female genital mutilation, domestic violence, sexual assault and harassment but by agitating for it to be properly monitored and evaluated”, she stressed.

Speaking further, she said, prevention of violence against women and girls must begin early, adding that children and young ones must learn the principles of equality, respect and non- violence for future generations.
She urged women and girls not to keep silence in the face of brazen discrimination and abuse but speak up boldly and report such cases to appropriate government agencies, for immediate action.

Mrs. Ambode stressed that as a united force, we must act now to end violence against women and girls, to change institutions and work together to end discrimination, restore human rights and dignity, and ensure we leave no one behind.
The governor’s wife urged enlightened women, gender-based NGOs and other female sympathetic groups, to continue to lead the campaign for total emancipation of all women in line with this year’s theme: “Leave no one behind: end violence against all women and girls”.

November 25th every year is set aside as International Day for the Elimination of Violence Against Women and Girls across the world.

Against The Odds with Peace Hyde: “I would want every female child to have the opportunity to be what they want to be”, Former First Lady Nana Konadu Rawlings on Forbes Woman Africa

We didn’t apologise to Buhari for summoning...