written by Arinze Ago December 4, 2017
As the call for the Special Anti-Robbery Squad of the Nigeria Police to be disbanded continues, a former fake housemate of Big Brother Naija 2017, Jon Ogah has shared his sad encounter in the hands of some notorious SARS operatives.
He took to Twitter to lament over the incident. 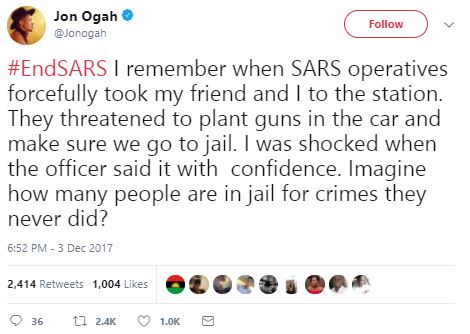 He wrote: “#EndSARS I remember when SARS operatives forcefully took my friend and I to the station. They threatened to plant guns in the car and make sure we go to jail. I was shocked when the officer said it with  confidence. Imagine how many people are in jail for crimes they never did? 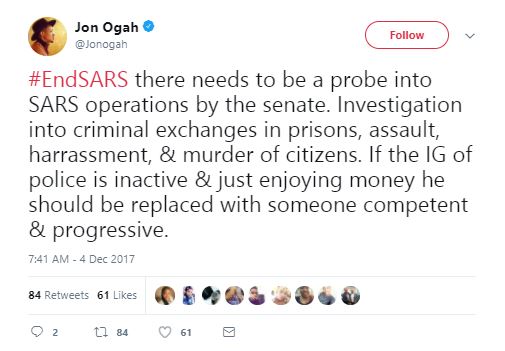 If the leaders of the Police are OBLIVIOUS to complaints over the years about SARS then we know they are not capable of commanding the force. Why would the presidency employ incompetent leaders to head vital societal positions? Time to stop illiterate leadership. #ENDSARS.” 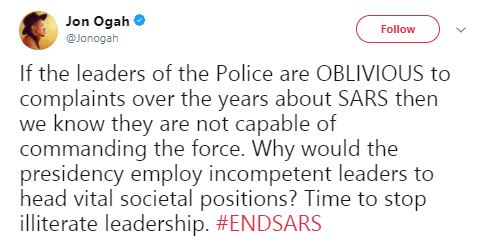 My Wife Fits Perfectly Into The Ministry She Runs

Manchester United vs Manchester City: Why I Want Pogba to Play – Guardiola