EPL: Top Four Is In Our Sights – Chris Smalling 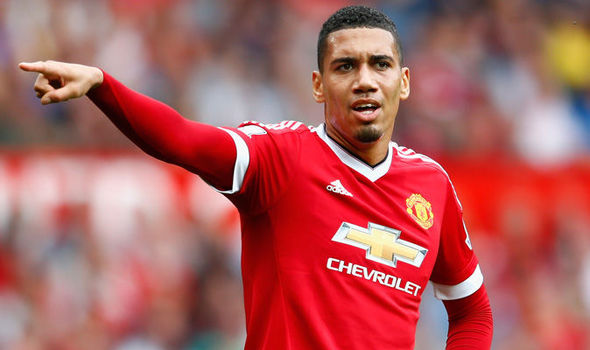 Chris Smalling says finishing in the top four in the Premier League is well in Manchester United’s sights after Sunday’s convincing win over Leicester City.
Goals from Man of the Match Henrikh Mkhitaryan, Zlatan Ibrahimovic and Juan Mata allowed Jose Mourinho’s men ease to a 3-0 victory at the King Power Stadium.
The result meant the Reds closed the gap on fourth-placed Arsenal, who lost 3-1 at leaders Chelsea on Saturday, to just two points with 14 matches left to play.
When asked if a top-four finish is achievable for United, Smalling told reporters after the game: “Yes it is. I think that’s our job to keep in there and keep climbing.”
The defender, who captained the side against Leicester in the absence of Wayne Rooney who was ill, insists the Reds must continue with the mission to secure Champions League football next season, starting with Saturday’s home game against Watford.
He said: “We’ve had a few opportunities to be able to close that gap [on the top four] and this time we took our opportunity and played really well, so we need to build on this.
“Obviously, we’ve got a home game next so if we can get the three points we can really do some chasing.”
The Reds are now unbeaten in 15 Premier League games – the longest such run in Europe’s top five leagues currently – after securing a third win of the season over the struggling Foxes.
With three goals and a clean sheet away from home, Smalling agreed it was almost the perfect result for the Reds.
“Yes it is,” he said. “They’re having a tough time but they’ve still got that pace up front and we really nullified them and it was a really good team display.”
By sweeping aside the champions, United ended a run of three successive league draws but Smalling admitted, although confidence is high following an impressive victory and all-round team display, there is always room for improvement.
“I think after this game and the performance we can say that it’s high but until we get on a good consistent winning run I think it can get even better,” he added