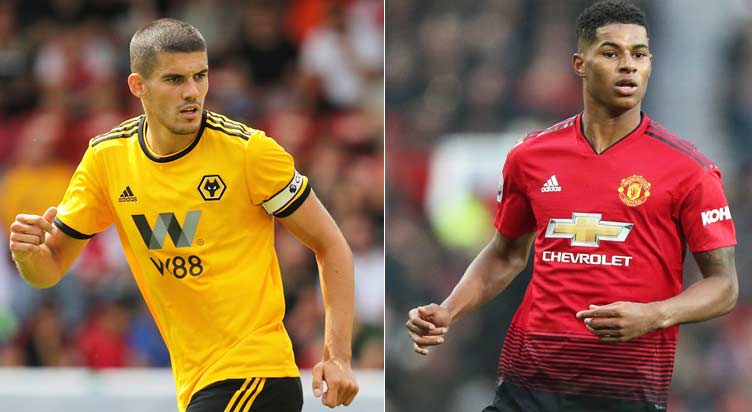 After dumping the Red Devils out of the FA Cup three weeks ago, giant killers, Wolverhampton Wonderers on Tuesday evening will host Manchester United again in a promising Premier League clash.
Wolves central defender Ryan Bennett is available after a two-match suspension.

Raul Jimenez and Matt Doherty are both expected to start, having featured as substitutes at the weekend, but several other regulars may be rested ahead of Sunday’s FA Cup semi-final.

Manchester United’s Anthony Martial has shaken off the knock he picked up on Saturday, while Romelu Lukaku and Victor Lindelof are both available.

“We competed well. We were very organised and we have to do it again because it will require a lot from us.

“Every time we face a team like Manchester United we have to be ready to compete. We know how good they are – fantastic players, fantastic manager, all the history of a huge club, but we are ready and we want to compete well in Molineux”.

Manchester United manager Ole Gunnar Solskjaer revealed that “Last time [in the FA Cup] we didn’t play well enough against them, didn’t have enough tempo. It was a different type of game for us, we had the ball for 70% of the time but sometimes possession doesn’t mean you’re going to create chances and score goals.”

Wolves, who knocked Manchester United out of the FA Cup last month, are looking to beat the Red Devils twice in the same season for the first time since 1979-80.

EndSARS: ”The officer said he must kill somebody at the viewing center on that day” – Kolade father speaks