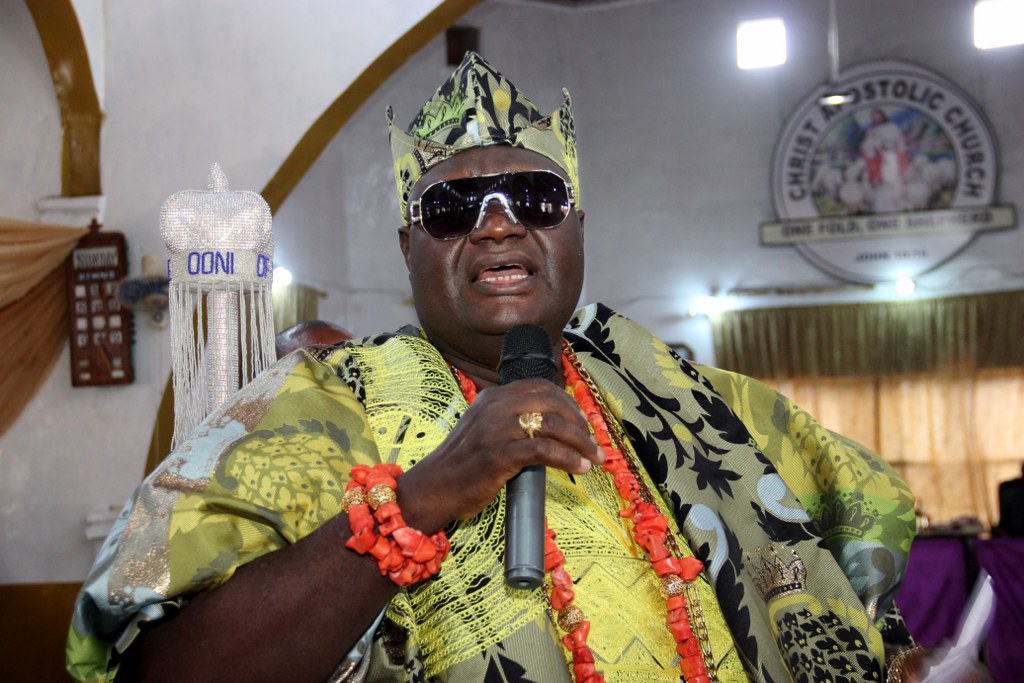 It was not an Oba’s conference neither is it a special festival, however, more than 20 royal fathers stormed Erinmo in Ilesa on Sunday, April 25, 2021. It was simply the first-year remembrance party of the late Yeye Oba of Erinmo, Pastor (Mrs) Sijuwola Sabaina Ajayi, the mother of the Elerinmo of Erinmo, HRM Oba (Dr) Michael Odunayo Ajayi, Arowotawaya II.

The event which started with a thanksgiving service at CAC no 1, Oke Isegun Erinmo, had more than 20 royal fathers from across all the south-western states of Nigeria in attendance.

Starting with the HRH, Oba Olatunde Oginni, the Olodogbo of Idogb-Ijesa who also doubled as the chairman, UCH guest hotel and De-Executive Suites who made his presence very impactful by donating a huge sum to Mama’s church, the number of the royal fathers was practically countless as they came in one after the other but in their numbers.

Let’s also be the first to inform you that the Ooni of Ife, Oba Adeyeye Ogunwusi, though unavoidably absent, made his presence so strong by sending his staff of office, royal drummers and royal riders to spice up the event.

Did we tell you that Oba Arowotawaya II is a great singer and dancer? Oh yes, he is. He displayed his singing talent during the thanksgiving service as he took over the mic from the choir to render sonorous thanksgiving songs to his maker for the life of his beloved mother and the grace bestowed on him.

Popular multitalented singer, Boye Best was on the bandstand with his band members to deliver melodious songs to all the Kabiesi in attendance and other guests. The sumptuous meals served only spelt one thing, royalty. There was plenty to eat and drink and everyone went home with at least a gift from Oba Arowtawaya II.

READ ALSO: ‘I AM NOT IN SUPPORT OF BABA IJESHA’- LEGEMIAMI CLEARS THE AIR OVER MISINTERPRETED COMMENT