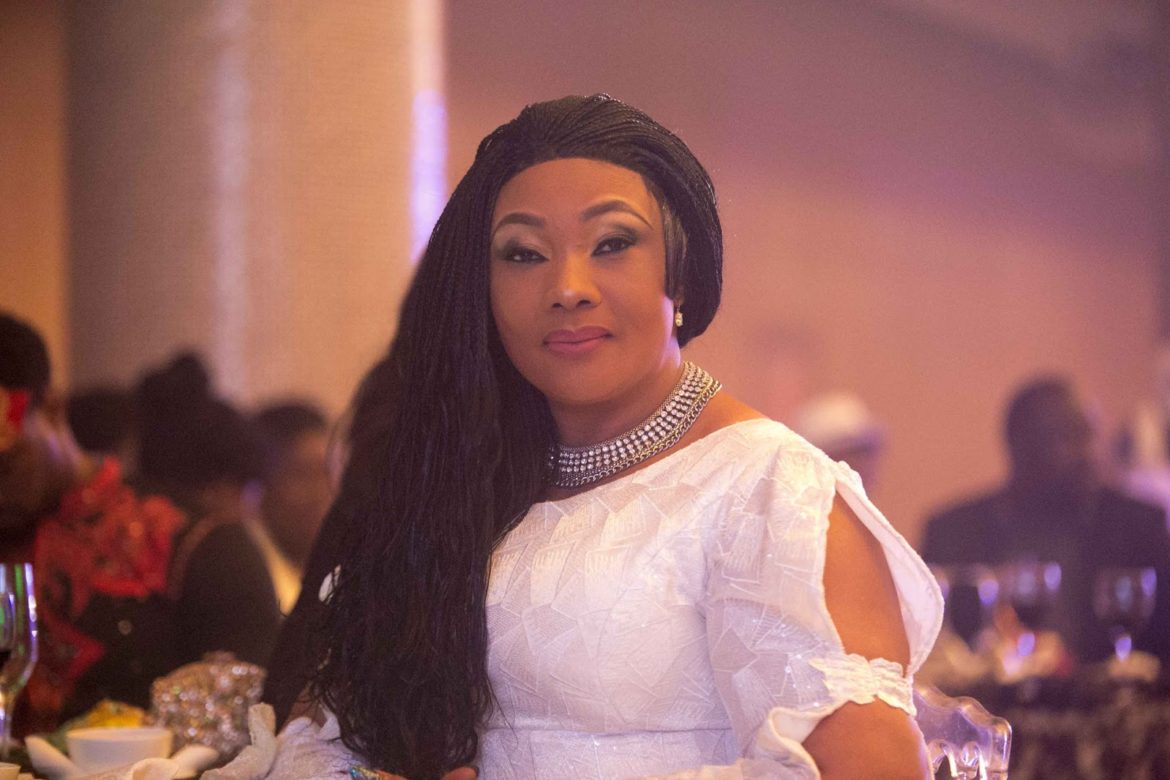 Veteran actress, Eucharia Anunobi, is fully back to acting. And this is authoritative. We can tell you that this veteran actress has been seen acting on many locations as many Producers now want to cast her because of her known face. Recall that Eucharia has a face that dominated Nollywood over 10 years ago. She is also blessed with the height that non her acclaim as an elegant stallion. That was before she left the scene.

Before now, Eucharia Anunobi, had not only been a famous star actress, she was also a Producer and Director. Suddenly, she dropped off the scene. She is now in her early 50s. Born on 25th May 1965 in Owerri, Imo State, she is very beautiful, creative, gifted, skillful and talented. Eucharia completed both her primary and secondary school education in Owerri, Imo State and obtained both her First School Leaving Certificate and West African Senior School Certificate.

After completing her secondary school education, she proceeded to the Institute of Management and Technology (IMT) in Enugu, Nigeria and graduated with a National Diploma (OND) in Mass Communication. After obtaining her National Diploma in Mass Communication, Eucharia Anunobi proceeded to University of Nigeria, Nsukka in Enugu State, Nigeria and graduated with a Bachelor’s Degree in English Language.

After her graduation from the university, in 1993, she joined the movie industry (Nollywood) and started featuring in movies. In 1994, Eucharia rose to fame after acting in the Nollywood blockbuster movie “Glamour Girls” a movie that brought her to limelight. In 2003, Eucharia Anunobi became a public figure after starring in the Nollywood blockbuster movie “Abuja Connection” a movie that won her an award for Best Actress in a Leading Role at the Africa Movie Academy Awards.

In 2000, Eucharia Anunobi got married to her London based husband, Charles Ekwu whom she later divorced in 2009. She is currently single but had a son out of wedlock named Raymond who died in August 2017 due to sickle cell anaemia.

She is currently a born again Christian serving as an evangelist at a local church in Egbeda, Lagos State, where she is ministering the word of God and converting souls for Christ. In 2017, she was officially ordained as a Pastor. She is one of the most talented actresses in Nigeria and has a good command of English Language. She is currently one of the most talented and highest paid actresses in Nigeria. She knows how to interpret her roles very well and can fit in any character given to her by a Movie Director.

EUCHARIA ANUNOBI RETURNS TO ACTING WITH A BANG! was last modified: September 7th, 2018 by City People

The Story Of My Relationship With ODUNLADE ADEKOLA •Popular Actor, LATEEF OLADIMEJI