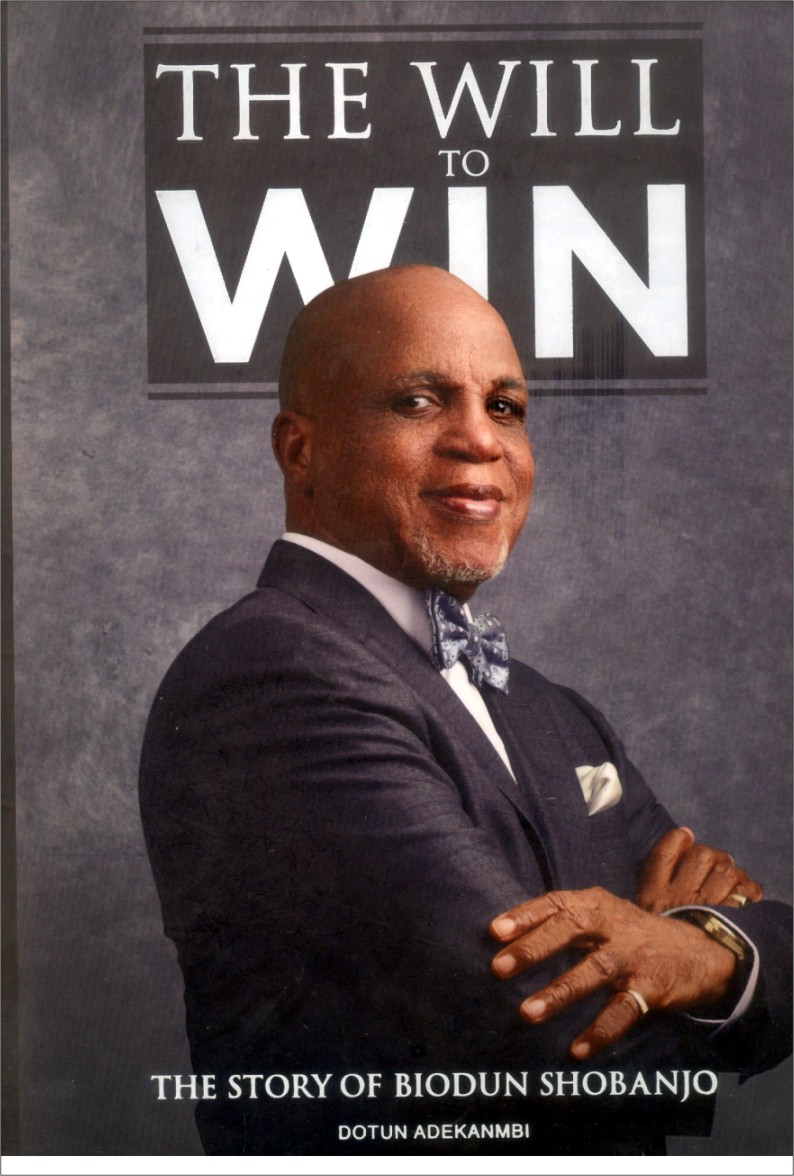 The 535-page biography of Mr. Biodun Shobanjo, the pioneer CEO of Insight Communications that was recently released into the market is selling like hot cake.

This is because the book is about a man who has dominated the Advertising sector like a colossus, for decades. Titled, The Will To Win,  it is the success story of the man who is today the Chairman of Troyka Holdings, a successful conglomerate. Since 10th December 2004 when he announced his decision to retire after an illustrious 25-year career as CEO of Insight, he has kept a low profile.

A few months back City People got him to talk about his biography written by Dotun Adekanmbi a former Editor of Business Times and Business Editor of The News Magazine. And the interview was very revealing. Below are excerpts of the interview

What is your assessment of the launch of your autobiography? What has been the response in terms of patronage?

We must thank God for everything that has happened. I must say that I was totally overwhelmed by the kind of support we got. I didn’t expect any such thing. We did the Hybrid presentation. We did the Hybrid launch. There was physical attendance, and then, of course, those who joined online. It was totally incredible.

Because of the Covid-19 restriction, we handpicked those who should come physically. So, there was a problem in selecting the about 131 to 140 that we invited. But we sent everybody the online invitation, which was absolutely to thank them.

Many joined online from Nigeria, the US, U.K., Mauritius. I mean I just can’t believe it from that point of view it has been successful. And the response we have gotten has been incredibly encouraging. From what I have been told, they like the book, they like the story. Basically, it’s a story of one’s life. And they think that they like it. What I had hoped, and what come out was, the fact that young people will find the book extremely useful. So that they themselves can take their own lives in their hands as it were, which is what I wanted to leave in the minds of our prospects, our primary prospects, which are young people, which is that all of the fears that they have and the assumptions that they make are not real, they are not real.

For instance, people want the government to employ them. The government will never be able to employ people. That is not the job of government to be honest, across the world. It is the private sector that would always be the engine of the economy. In other developing countries and economies like India, it is the small and medium scale enterprises that usually form the bedrock of driving the economy and you find that as many people that can venture into a business like you are doing and as I have done, that is the road to go. Of course, I understand their fears, like there is always the fear of oh, my God, where am I going to get the CAPITAL? Again, people should see my story as one that encourages, because N128,000 was all that we required to start the company and the debt of N104,000 because we went out there, we took Air-Conditioners, Generators, even tables on Higher Purchase.

That was N104,000 which we needed to repay within a period of time before those things reverted to us. So, it’s not about being the child of a very wealthy person. My father was a Railway Official. My mother was a trader, a small-time trader. But where we are today. We thank God for his mercies.

At what stage are you now in your career. Are you fully retired? Or are you semi-retired?

I am the Chairman of our companies, which means that I am not an active player anymore. I stood down from Insight 16 years ago. Since that period, I have never sat down with any client to talk business. And that was deliberate on my part because I believe that the young people we have built over the years can afford to do these things.

In any case, how old was I when I started, when all of these things started I was 35 and the people I brought with me were in their 20s. All of them were 24, 25, 26, all in their 20s. So, it means young people can do things. I have faith in our people – they are very well educated. They may not be as exposed to the Western world as perhaps a lot of people maybe, but these kids are smart. And you can see what they are doing, from Fashion to Music, digital to media. They are competing with you guys because the start-up capital is much lower today. They don’t need a printing press. They don’t need to invest in all these kinds of structures. So, I have a lot of hope in our young people. And thankfully, we have a massive group of young people, vibrant young people, who represent about 60% of the population of this country. So what are you doing with their energy? Let them divert that energy to positive use and we would all be amazed at the eruption that we would have. But we need to guide them. Which is what I do now.

I motivate people. I guide them. I advise them. There is this deep sense of hopelessness in society. There is a feeling of hopelessness on the part of our young people. How we allow that to happen. They feel that the government is not creating the Infrastructure, the enabling environment for them to thrive, which is very important. They believe that there is too much insecurity. They think that their lives are at risk. We need to reassure them. The government needs to tell them. Don’t worry, we would look after you. We are here because of you.