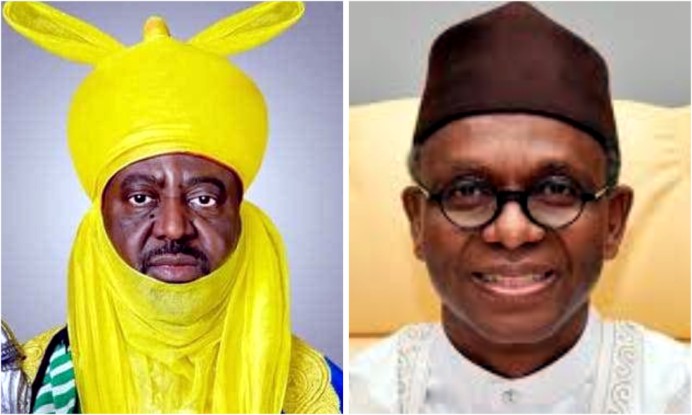 But it has taken the mishandling of our ethnic relations as a people by politicians for many Nigerians to now know that the North is made up by heterogerous groups and that the Hausa are different from the Fulani’s and so on.

Let’s tell you more. Many don’t know that Hausa Kingdoms sprang to life in the middle of 18 century when the El-Kanem-Borno empire hit its Nadir. The decline of the earlier flourishing El-Kanem empire provided encouragement and fertile environment for the emergence of independent Hausa Kingdoms.

Most prominent among the kingdoms that could hold their own were Kano, Samfara, Gudu, Gobir, Habe Daura and Kebbi.

The existence of indpendent Hausa Kingdoms did not, however, completely wipe out the El-Kanem-Borno empire. The empire only shrinked in territorial size, as it lost a large vast land to the new independent kingdoms.

Gobir, it must be said, stood out as it was the principality where Usman Danfodio was born and bred, providing the terrain where Yunfa and Usman Danfodio first tested their might.

Besides, the fall of Gobir to the rampaging Jihadists in 1808 marked the precipitous collapse of Hausa Kingdoms that fell to the swords of Islamic warriors.

The history of the collapse of Hausa Kingdoms could not be told in its entirety without mentioning Usman Danfodio, a great Islamic Scholar, teacher and armed propagandist. The emergence of Fulani hegemony in what is today’s Northern Nigeria would not have materialised without the man called Amir al-mu’minin or the commander of the faithful. He led the Jihad, Holy War, against those whom he called Pagans, Hausa Kings and rulers and put an end to their rulership of Hausa  in today’s Northern Nigeria.

Usman Danfodio was born in 1754 to a town Fulani parents. Fulani people, it must be stressed, were known for their pastoral life. They moved from one site to another, always in search of grass to feed their herds.

Fulani are, however, not all herders. There are a small group among them who are called town Fulani. They are the cultured, intelligential and the agenda setters for their cattle-driving counterparts. The town Fulani were reputed to be and still are the real owners of the cattle that herders rear from place to place. The character of their animal husbandry make the cattle Fulani the most adapatable ethnic group in West Africa. They can live in the most inhospitable environment to cater to the taste of their cattle.

Usman Danfodio was born in Maratia, a village in the city state of Gobir, on 15 December, 1754. He went to Islamic School in Agadez, a town in the present day Niger Republic, where he studied Law, Theology and Philosophy under an Islamic Scholar, Jubrillbn Umar.

That was how he deepened his Islamic knowledge and broadened his horizon on religious propagation.

Equipped with intellectual muscle, his weight of evangelism was quickly felt in Gobir on his return to the city state. The Sarkin of Gobir, Rimfa even sent his son, Yunfa, to study Quran under the supervision of Danifodio. The teacher-pupil relationship between Danfodio and Yunfa was later to degenerate to enmity when Yunfa succeeded his father and became the King of Gobir. Usman Danfodio had grown in popularity to become respected Mallam and reputed Sheikh.

The preachig of Danfodio that people should shun idolatry and embrace Islam found a fertile ground in the minds of people. Dan Fodio even went against his pupil, who had become a king, accusing him of mixing Islam with idolatry. They parted way as Yunfa threatened to rootlessly deal with Usman Dan Fodio, his former teacher. That was how Dan Fodio went to Degelon exile.

Despite Dan Fodio’s migration to Degel, Yunfa was not pleased as he wanted to put an end to Danfodio’s growing popularity.

Fodio, who continued his preaching in rural areas of Gobir and Degel, was becoming more popular and accepted by the masses. The development infuriated Yunfa, who ordered a military attack on Degel. Dan Fodio’s army was put on rout and the Islamic teacher was forced to go to Gudu on Hijra

The defeat of Dan Fodio at the war of Degel, did not surprisingly have any negative impact on his popularity and acceptability. More people who were buying into Dan Fodio’s preaching and regarded him a martyr.

This favourable development was to change the feature of socio-religious and political setting of the today’s Norther Nigeria. In 1803, the presence of Usman Dan Fodio in Gudu had rallied a swelling ranks of soldiers who were raring to follow him in battle despite his earlier defeat by Yunfa’s army. Yunfa was angered at the growing popularity of his former teacher and on February 21, 1804 declared a war on Usman Dan Fodio. Pastoral Fulani were ready in different communities in Gobir to fight the Islamic cause. They denounced their allegiance to Gobir, declared Usman Dan Fodio, the commander of the faithful, Amir al-Muminin. The two camps first clashed at the battle of Tsuntau. Dan Fodio lost the battle and a large number of his soldiers were captured. Despite the loss, Dan Fodio’s army out flanked Yunfa’s troops and captured Matankari in the battle of TakinkKwattoa.

In 1805, the battle suddenly changed in favour of Dan Fodio and the faithful army who called themselves Jihadists. Hausa Kingdoms started falling one after the other.

Kebbi Kingdom fell after a fierce battle for the soul of the Kingdom. The victory of Jihadists at the battle of Kebbi was to serve as an inspiration for the Jihadists to fight harder and more fearless. It was, therefore, not a surprise that they overran the city-states of Kano, Katsina, Daura, Zamfara.

In a decisive battle that brought Gobir down in 1808, Yunfa was killed in action, bringing an end to the once-prosperous Hausa Kingdoms. That was how Fulani war veterans who were the followers of Usman Dan Fodio, flag bearers of the faithful became emirs in all the captured Hausa Kingdoms.

The fall of Gobir, without fear of contradiction, gave the green light for the establishment of the Sokoto Caliphate and the rule of Fulani in the present day of Northern Nigeria.

How The Fulani Took Over The Old 7 Hausa Kingdoms – Very Many Years Ago was last modified: March 3rd, 2021 by City People