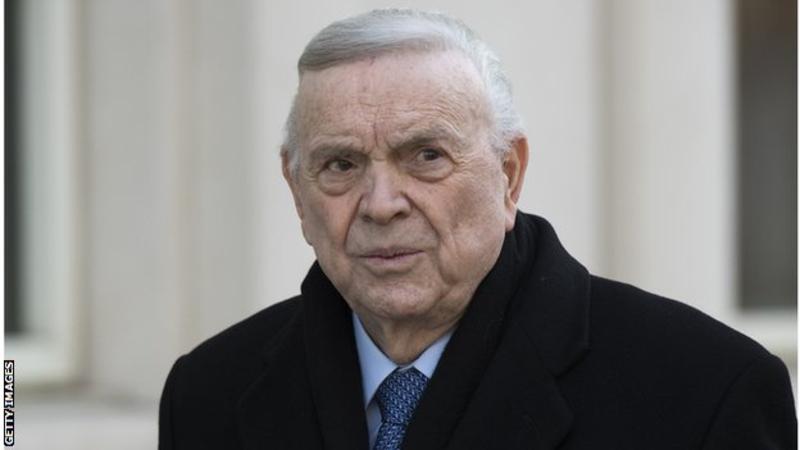 A former head of Brazil’s football association has been jailed for four years for corruption.

Jose Maria Marin, 86, was one of seven Fifa officials arrested at a hotel in Zurich in May 2015.

He was convicted of accepting bribes from sports marketing companies in exchange for contracts to broadcast tournaments such as the Copa America.

He was sentenced in a Brooklyn federal court by judge Pamela Chen and he is the first official to be sentenced as part of an American investigation into corruption at Fifa.

Marin, a former governor of Sao Paulo, was last year found guilty of six of the seven counts against him, relating to money laundering and wire fraud conspiracy.

He was convicted alongside Juan Angel Napout, who led South America’s football governing body Conmebol. He will be sentenced at a later date.

Peru’s Manuel Burga was cleared of taking bribes by a jury in the USA.

Marin’s lawyers say he will appeal against the sentence.

Defection: “I’m Sure Many More Will Come Back And Join Us” – Saraki Tells PDP