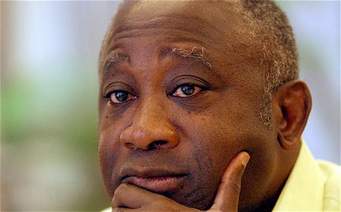 The International Criminal Court (ICC) in The Hague have acquitted and ordered the release of former Ivory Coast president, Laurent Gbagbo.

Gbagbo was dragged before the court for crimes against humanity in connection with violence following a disputed election in his country in 2010 that left over 3000 people dead.

ICC judges in a judgement delivered today, said that prosecutors had failed to satisfy the burden of proof over the accusations, adding their decision could be reversed on appeal.

About 3,000 people were killed in the West African nation in a violent standoff during 2010 and 2011 when the 73-year-old refused to accept defeat in an election against his bitter rival and now Ivorian President Alazzane Ouattara.

The ICC also ordered the release of Charles Ble Goude, 47, who was niknamed Gbagbo’s “Street General”, who stood trial with his former boss.

Gbagbo and Ble Goude stood trial on four counts of crimes against humanity for murder, rape, persecution and other inhumane acts committed by pro-Gbagbo forces in the aftermath of the disputed 2010 polls.