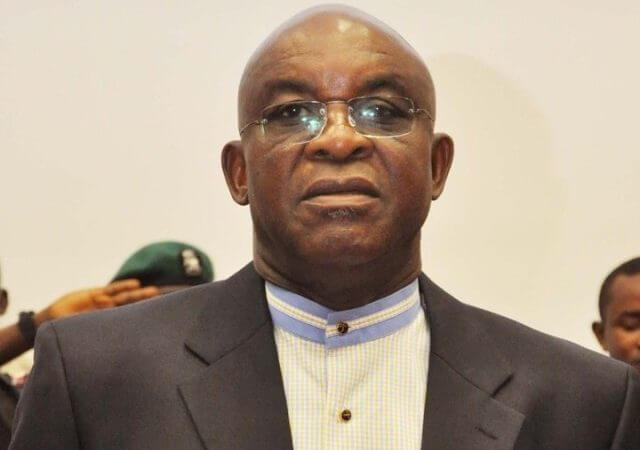 A section of the residence of former Senate President, David Mark, in Otukpo town, Benue State, was on Thursday gutted by fire.

Journalists gathered that the fire razed down the storehouse where motorcycles meant for empowerment of his constituents were kept.

Over 13 motorcycles and two ambulances belonging to the ex-lawmaker were destroyed.

A source told Newsmen that Mark was not around when the incident happened but added that he would be going to Otukpo this weekend to ascertain the situation.

An insider, who would not want his name mentioned, also said the fire spread from a nearby bush bordering the fence of the ex-senate president’s GRA residence.

The arrival of the State Fire Service in Otukpo prevented the fire from spreading to the main building.

READ ALSO: “I WANT TO DO THINGS THAT WILL MAKE GOD SHOW HIS MERCY ON ME” – EX-PRESIDENT OBASANJO