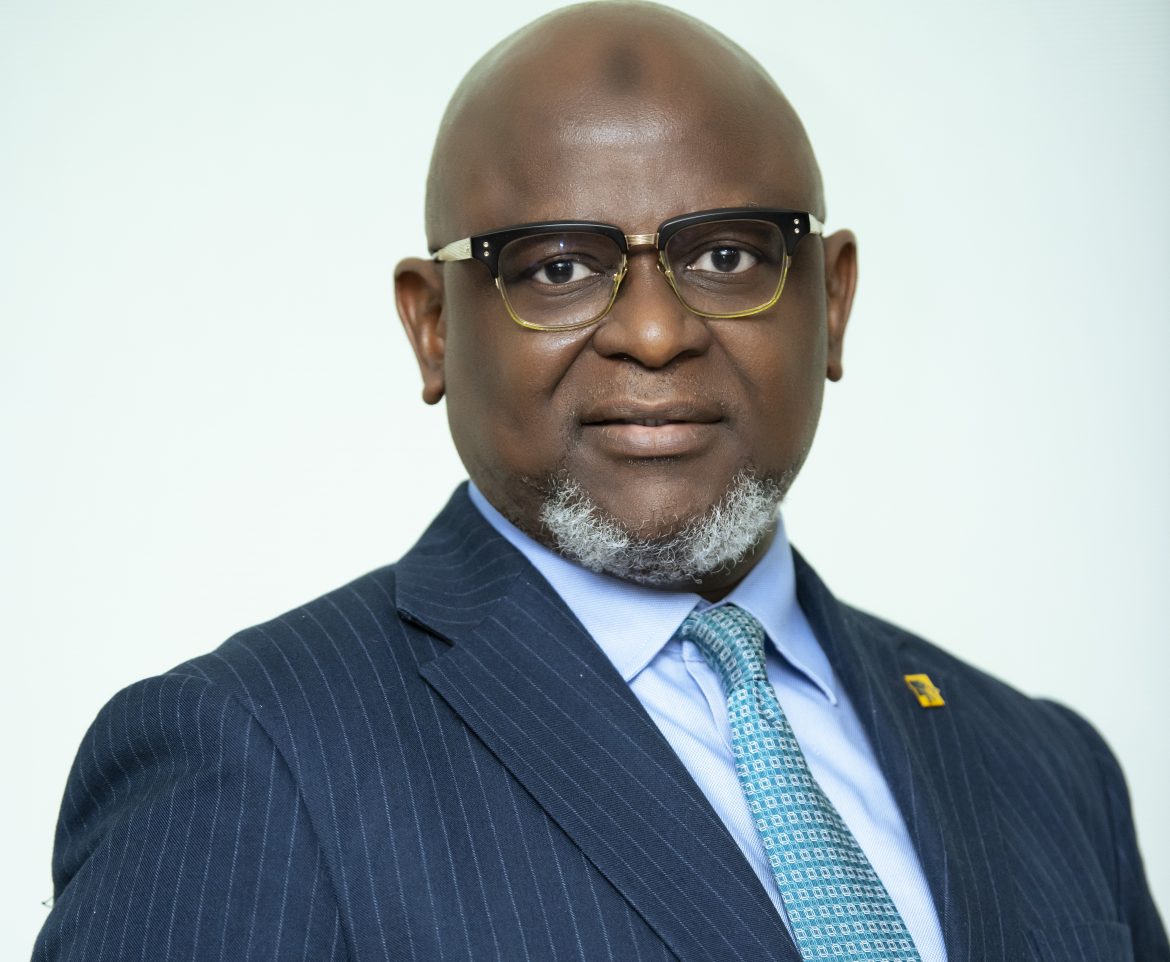 With a significant cut in its impairment charges (which translates into a clean loan book) in its 1Q, 2022 results, after it successfully brought down its non-performing loan to 6.1 percent in 2021 full year performance, analysts say the repeat of the impressive performance of FirstBank in the first quarter did not only show the consistency in its rebound but that it demonstrated the fact that the recovery is real.

For the shareholders of the Nigerian banking behemoth, First Bank of Nigeria Limited, it is a season of celebration and a period to shower praises on the board and management of the bank for successfully working its way back into the reckoning, after a long period of operational challenges mostly blamed on rising cases of non-performing loans.

The shareholders, who joined other stakeholders of the bank and its parent company, FBN Holdings Plc., in appraising its first-quarter 2022 results made public last week, said it is a great relief that the organisation has put the issue of non-performing loans behind it.

According to them, the outstanding results for the bank’s full-year 2021 is an appetiser to the first-quarter 2022 results and that the repeat of impressive results for the first quarter did not only show the consistency of its restructuring but that it demonstrated the fact that the recovery is real.

The founder and pioneer National Coordinator, Independent Shareholders Association, Sunny Nwosu, in an interview with THISDAY, at the weekend, said the management of FirstBank deserves praise for working the bank back to profitability and clean loan book.

He believes the ability of the FBNHoldings, the parent company, to significantly cut the exposure to non-performing loans to 6.1 percent showed that the bank has shut the door against future delinquent debtors, a development he said will consolidate the bank.

Nwosu said many of the shareholders were pleasantly surprised first, by the performance in the 2021 full results, saying the first quarter 2022 results came as a confirmation of the readiness of the bank to take its leadership position in the nation’s banking industry.

“Considering all the provisions they had made in the past two years and for them to have come out clean shows it is not a bad result and for them to have agreed to pay 35 kobo dividend to shareholders, it is encouraging because most shareholders did not know the company was going to pay anything, especially with all the challenges going on in the economy.

“We are indeed excited that they have been able to bring down non-performing loans, which means they will have more money to do business with and I’m quite sure they will be more careful this time when it comes to giving out loans,” Nwosu stated.

He maintained that FirstBank can still return to the leadership position in the Nigerian banking industry, saying the current leadership should keep an eye on the business and encourage the staff with a good incentive to compete in the industry.

Analysts said the bank has remained dazzling in virtually all its performance metrics, a development they attributed to the NPL improvements which restored investors’ confidence. And success with NPL means the quality of assets is bound to rise.

An analysis of the bank performance gleaned from the group Q1, 2022 results showed that its exposure to bad loans has substantially reduced given the fact that the amount set aside as impairment charges has come down from N13.175 billion in the first quarter of 2021 to N8.75billion in 1Q 2022.

In the period under review, First Bank of Nigeria Limited recorded gross earnings of N170.4 billion, up by 33 percent as against N128.1billion in the previous year.

Profit After Tax for the first quarter of 2022 was N31billion, whereas N16.3 billion was the figure declared for 1Q, 2021. The bank declared total assets of N8.8 trillion, a 3.5 percent rise from N8.5 trillion in the preceding year.

To show the bank was in a serious business of lending, its customers’ loans and advances (net) totaled N2.999 trillion, up by 5.8 percent, year-to-date as of December 2021, which was put at N2.835 trillion, while customers’ deposits were N5.9 trillion, as against N5.6 trillion in the first quarter of 2021, a 5.4 percent increase.

Analysts believed the recent turnaround and improvement in the Non-performing loans of First Bank of Nigeria Limited (FirstBank) have been a major boost in the bank’s quest to reinforce its leadership in the financial services industry in Nigeria.

For instance, it has been observed that the current leadership of its Chief Executive Officer, Dr Adesola Adeduntan has been instrumental in building stakeholders’ confidence and trust in the bank’s financial viability with analysts left to ponder and perhaps, understudy the pace of such feat has been achieved. They said answers to these have been provided by the bank’s consistent improvements in its Non-performing Loans (NPL) ratio and position.

For instance, by June 2020, when improvements were noted in the bank’s NPL ratio, the NPL ratio stood at 8.8 percent. By March 2021, this figure had impressively dwindled to 7.9 percent, and going by the 2021 results, the figure only stood at 6.1 percent.

Non-performing loans, or ‘NPLs’, are bank loans that are subject to late repayment or are unlikely to be repaid by the borrower. The inability of borrowers to pay back their loans was aggravated during the financial crisis and the subsequent recessions.

For a bank that was almost brought to its knees by the burden of non-performing loans, it came as a great relief to both the shareholders and the regulatory authorities that for the first time in a long while, FirstBank’s NPLs came down to 6.1 percent, significant progress for the bank when compared to other Tier 1 banks and the regulatory threshold of 5.0 percent.

Analysts also attributed the significant fall in the NPL rates from 40 in 2016 to 6.5 percent in 2021, to a new culture of corporate governance currently in place in the group and which has successfully revamped the company’s risk management capabilities.

According to the bank, the recent turnaround and improvement in the non-performing loans have been a major boost in FirstBank’s quest to improve profitability and reinforce its leadership in the financial services industry in Nigeria.

Analysts said with the impressive results for its 2021 operations, the board and management of FBN have proven to the investing community that the company is ready to take its leadership role in the nation’s banking sector and that the years of locusts have been put behind the institution.

For a sector already under pressure as a result of a sluggish economy, a challenging operating environment, and increased competitive intensity, the year 2022 came with a lot of fears for the Nigerian banking industry.

As economic realities dawned on Nigerians, especially in a pre-election year, many investors struggled to get decently priced loans in Nigerian banks, and their plight is not helped when a bank is risk-averse because it already has lots of bad loans on its books.

It is interesting to note that amidst the huge pressure placed on Nigerian banks by the prevailing sluggish economy, what the management of FirstBank did was diversify its loan books and maintained a fairly manageable Non-Performing Loan (NPL) ratio.

This is because the percentage of non-performing loans in Nigeria reflects the health of the banking system. A higher percentage of such loans shows that banks have difficulty collecting interest and principal on their credits. That may lead to fewer profits for the banks in Nigeria and, possibly, bank closures.

ADEDUNTAN: ‘WE ARE READY TO IMPROVE BOTTOM-LINE PERFORMANCE’

Chief Executive Officer of FirstBank Group, Dr. Adesola Adeduntan, who expressed the determination of the bank to aim higher said, “At FirstBank, we have historically been interwoven with the fabric of this nation with a full-service commercial banking offering catering to every segment of the economy.

“We believe we are now in a good position to translate this unique revenue-generating potential into improved bottom-line performance.

“Our first-quarter results demonstrate that we have commenced our journey of Quantum Profitability Leap in earnest with profit before tax doubling to N34.1 billion as the Bank begins to reap the dividends of the successful restructuring of its balance sheet, revamped risk management, robust technology, and innovative service offerings.

“Our gross earnings are also up 33.0 percent YoY to N170.4bn and Net Interest Income up 42.1 percent YoY to N72.9bn. Furthermore, our strengthened risk management capabilities equip us with the ability to mitigate any negative effects of headwinds that may materialise given current macroeconomic pressures.

“Looking ahead, we will continue to maximise all opportunities presented by our large network, and support our customers with innovative value-adding solutions through these uncertain times while investing in strengthening our digital banking offerings to deliver a better customer experience.”

LAGOS LAWMAKERS WHO LOST OUT AT THE APC PRIMARY ELECTION REVEALED