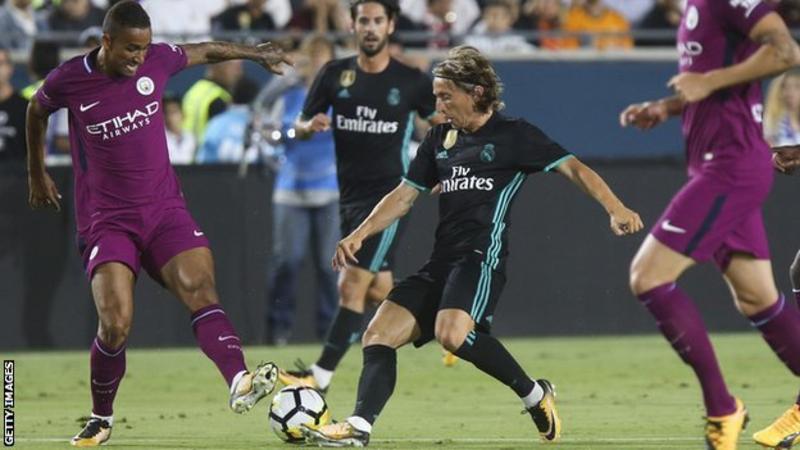 But despite that influx of defenders, it was City’s attacking play that saw them to an easy victory as Belgian playmaker Kevin de Bruyne set up three goals.

After Otamendi’s second-half opener, De Bruyne flicked a deft pass through for Sterling, before picking out Stones for his goal, and then linking with Spanish teenager Diaz, who scored with a superb strike.

“It is not easy to find a player like him anywhere in the world,” said Guardiola of De Bruyne. “Hopefully he can be stable in his mood. When his mood is positive, he can do whatever he wants.”

Madrid pulled one back with the last effort of the game – a stunning goal from Oscar Rodriguez – but City were dominant.

“If we play with this intensity, we can compete with everyone. That is our dream,” added Guardiola, who confirmed playmaker David Silva will be fit for the Premier League opener at Brighton on 12 August.