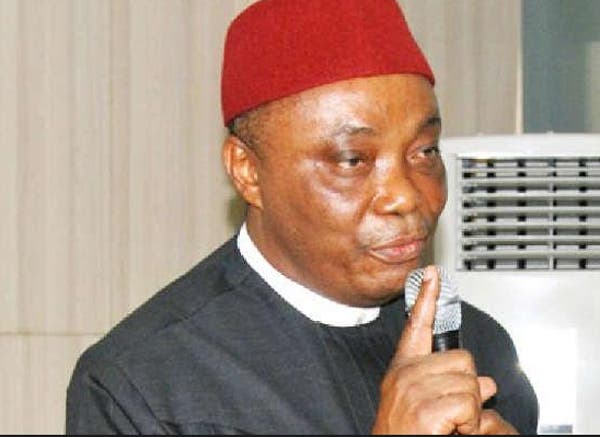 Following the recent social media claims that the Niger Delta Commission is demanding refund from the senator Peter Nwaobosh, representing Delta North senatorial district in the 9th senate, the red chamber lawmaker has reacted to the demand which has been tagged as invisible.

In statement released on Saturday, August 8, 2020, by the media aide to the senator, the lawmaker stated that no letter has been received by his office and no copy has been seen anywhere else online.

He advised that the sponsor of the letter should have gone through the legal path if his claims are genuine and implore reputable media to ignore the letter.

Our attention has been drawn to the purported subject matter above, credited to one Peter Claver Okoro, Esq, posing as the Director, Legal Services of the Niger Delta Development Commission (NDDC) and we make bold to state the following:

2) We have searched through the internet, no one has seen a copy of an officially signed letter on the above claim. This would have helped us identify whoever has signed to go to jail for such an unimaginable falsehood in a supposed corporate environment.

3) The purported letter, unlike any formal letter emanating from a recognized government Ministry, Agency or Department is not signed, therefore, can easily be denied.

The ostensive letter is obviously fake as it was not conveyed through the official letter-headed paper of the NDDC, one would not expect any serious media organization to pay attention to such as it is obviously meant for the usual blackmail to divert attention from the monumental corruption charges hanging on the management.

4) Our media organizations, aside failing to reach out for a balanced story, ignored the many obvious traps in the said letter that inadvertently has the name of someone from “Delta Development Commission” as contained in the piece sighted online.

5) Nowhere in the contents of the purported letter was it stated that the contractor is directly linked to Distinguished Senator Peter Nwaoboshi. it is expected that since the said letter did not claim the contract was awarded to Sen Peter Nwaboshi, there was no way he could be asked to make a refund. The scam meant for blackmail contain ominous sign of a fake piece.

6) In addition, nowhere in the purported letter was it stated that the warehouse, where the plastic chairs were domiciled belongs to Distinguished Senator Peter Nwaoboshi.

7) The purported letter is absolutely fake and should be ignored by the public. We also appeal to the media to be more diligent and not allow criminals on the prowl take false advantage of freedom of expression to malign innocent citizens.

We appeal to the media organizations who have published, unknowingly, to immediately correct the attempt to legitimize the fake piece.

9) We are also not ruling out media urchins who may have been recruited by the desperate members of the IMC of NDDC in an attempt to divert public attention from the humongous corruption allegations. The public should, therefore, pay no attention to such debauchery.

However, if the IMC of NDDC feel they truly have a genuine case against Senator Peter Nwaoboshi as contained in the purported letter, we are challenging them to go to the law court or make use of every legal procedure available to them. A clear conscience fears no accusation.

Unveiling The Guys Who Tie Gele For...