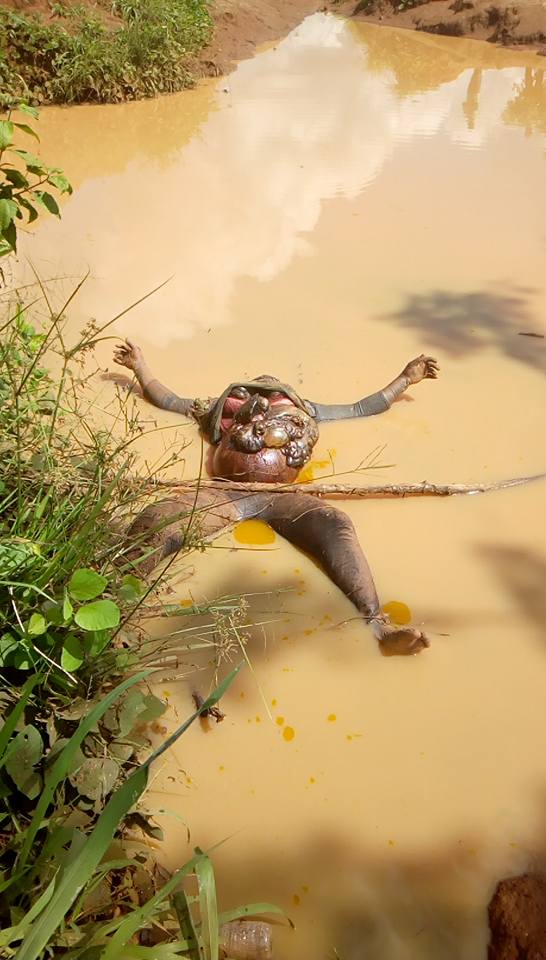 A family has employed the services of a native doctor to help locate their mother who was killed by suspected Fulani herdsmen.

A woman allegedly killed by suspected Fulani herdsmen and her body dumped in well in Oben community in Orhionmwon Local Government Area of Edo has been found.
A report by Mizter Santosh revealed that the woman had gone out to buy meat from her suspected killers and after days of not returning home, the woman’s family, out of concern brought a naive doctor to look for the slain woman. Read below what was shared by Mizter Santosh:
“Attention! Attention!! Attention! This is a True life story that happens in Oben community……
On the 17/5/2017 this woman was killed by Fulani in one of the wellhead in Oben community (wellhead 43/2) so she was called by the Fulani to come and buy meat unknown that their plans were to kill her so she went to meet them without telling anybody where she was going to, so after she left that day she didn’t come back home.
so her children were so worried about their mum and the lady was killed already, and the body was thrown into the pit outside the well, so 3 days later the family brought a native doctor to look for the missing lady. The Dr told them that the lady is dead and she is inside the pit.”
Family Uses Witch Doctor to Locate Woman Who Was Killed in Edo by Suspected Fulani Herdsmen (Graphic Photos) was last modified: May 22nd, 2017 by Arinze Ago