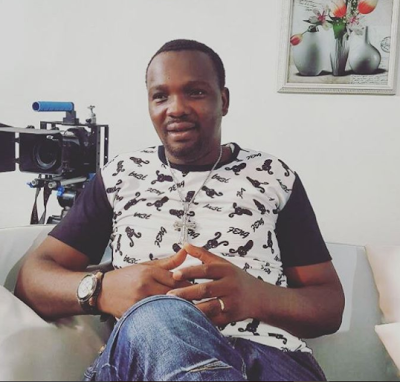 The actor who allegedly used Nollywood actress Moji Olaiya to gain popularity was tagged Nollywood burial coordinator for showing so much interest in the burial preparation and the death announcement of the deceased.

He did the same thing when Henrietta Kosoko and several other Nollywood actors died. 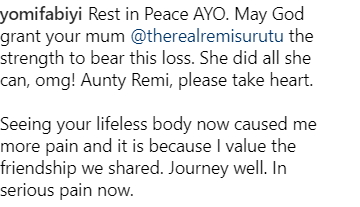 However, his last attempt to gain popularity with veteran Nollywood actress Remi Surutu’s daughter, Ayomikun allegedly messed him as some fans and colleagues took to the social media to query his reasons for always being the first to post RIP on his Instagram page.

See how Yomi Fabiyi broke the news of Remi Surutu’s daughter’s death moments after she died below: 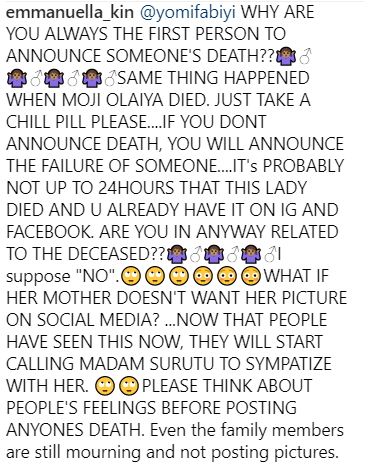 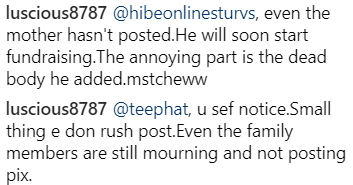 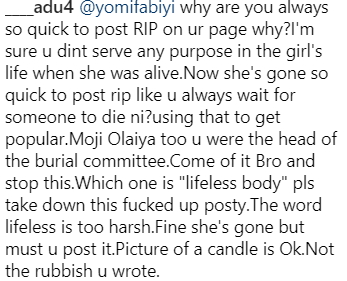 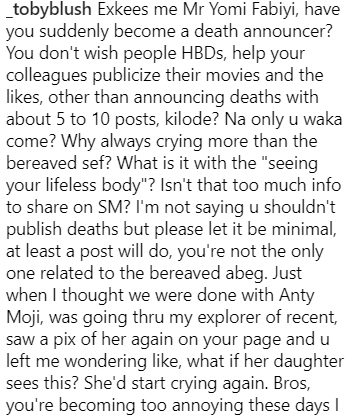 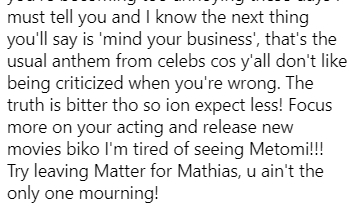 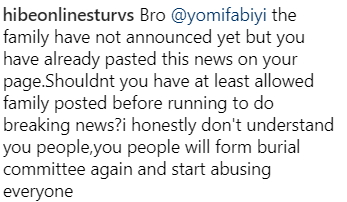