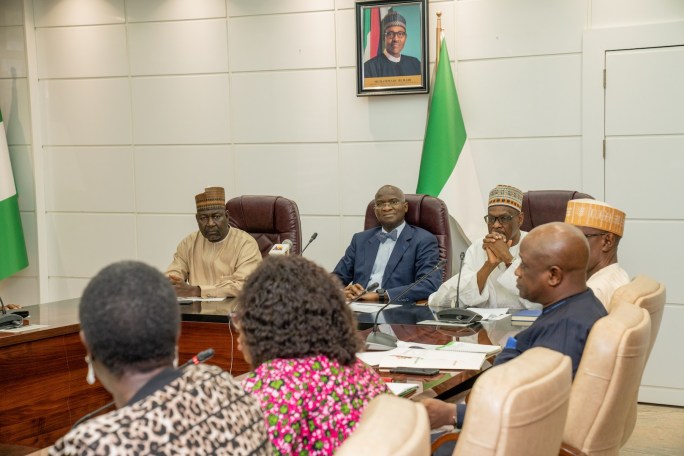 The Minister of Works and Housing, Babatunde Fashola, has reiterated the federal government’s commitment to the completion of all on-going and abandoned projects across the country.

Speaking on Thursday when the management team of Federal Mortgage Bank of Nigeria (FCMB) paid him a courtesy visit in his office, Mr Fashola said the policy direction of the present administration was on completing all on-going and abandoned projects.

The minister, who was responding to the remarks of the Board Chairman of FMBN, Adewale Adeeyo, on the uncompleted re-capitalisation of the bank, said the ministry would see that the process was completed as the government of the day placed importance on Housing and Consumers Credit. According to him, ”It is one of those areas of urgent focus by the president as a way of creating prosperity and as a way of enhancing the dignity of Nigerians”.

Mr Fashola said there was a lot that could be jointly done by the ministry and the bank in the actualisation of the Next Level Agenda of Mr President assuring the bank of the ministry’s readiness to look at its projects that are on-going and fashion out ways of completing them.

Charging the bank to do more on publicity as most Nigerians were currently not well informed that the bank grants construction loans with more competitive interest rate than those offered by commercial banks, Mr Fashola declared, “You must find a strategy to pass information on platforms that people take information from and that include, not only the conventional platforms like television, newspapers and radio but also markets, places where people gather; sports clubs, social clubs and so on. You must reach out”.

“You must also engage the appropriate skill sets in getting this message out”, adding that the bank must also seek to reach the people at the bottom of the pyramid who, according to him, “also save money on their small businesses, in their small cooperatives”. “ So why not open accounts for them too”, he said.

Hon. Minister of Works & Housing, Mr Babatunde Fashola, SAN(middle), Minister of State in the Ministry, Engr. Abubakar Aliyu (left), and Chairman, Board of Directors of the Federal Mortgage Bank of Nigeria (FMBN), Dr Adewale Adesoji Adeeyo (right) during a courtesy visit by the Board of Directors of the Bank at the Ministry of Works & Housing, Headquarters on Thursday, 29th August 2019.

Earlier, Mr Adeeyo, who led the team of the top management of the bank on the visit, had solicited for the completion of the re-capitalization process of the bank.

LAGOS COURT RULES ON THE BURIAL OF...