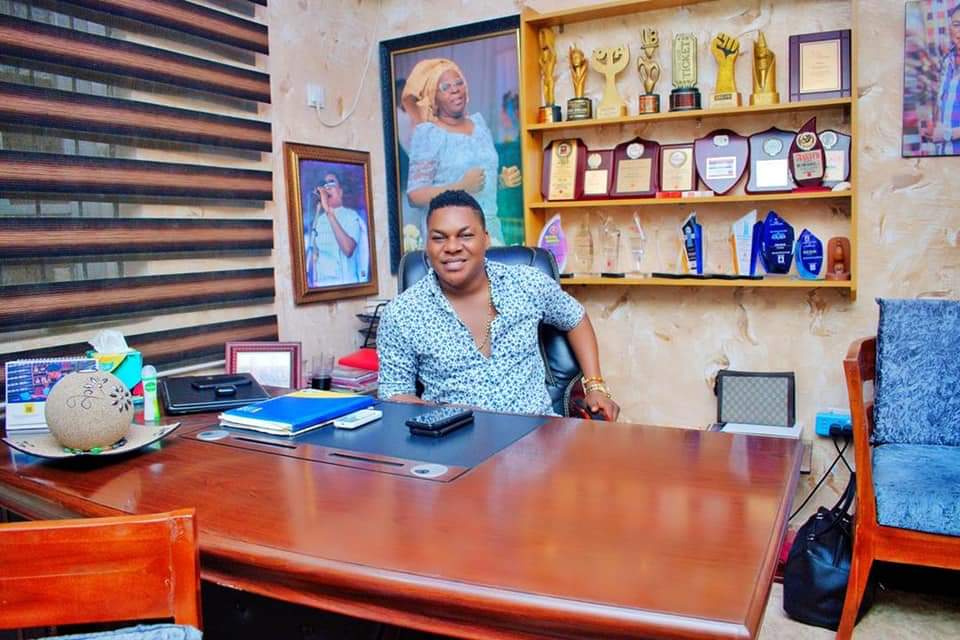 Solar, in a matter of days will unveil a state-of-the-art FS7 Music office and well a equipped modern Studio, which he called Rehotech Sounds, appears to have finally fulfilled his long time dream.

It has been a long time coming for Solar whose big investment in adding value to music business in Ibadan and its environs could be seen in the construction of a new music office and studio.

The new office complex, located at Adeyinka bus stop, opposite Jemo and Sons fuelling station, adjacent, Airport junction, old Ife road, houses Rehotech Sounds, which is managed by famous music producer, Tayo Oladele, who also doubles as Femi Solar’s brother. The two have come a long way and it is needless to say that they have formed a special bond that has contributed largely to the success, growth and expansion of Femi Solar music.

The pair have been good for each other and this is evident in the success they have both recorded, which ultimately birthed the new expansion.

Tayo has been the brains behind most of Solar’s albums including his latest project, Spot On. And he will bring his wealth of expertise into play in running the affairs of the well furnished studio which offers a range of services including: recording Studio,  album production, mic and mastering, audio and modern rehearsal studio and training/ Sound School.

The new music office will serves as Solar’s booking office, event management, PR and Consulting services, jingle and advert bookings among other services.

In his short message about the new development,  Solar  says he could not have asked God for any other time to be alive to witness a time like this.

At The 8th Day Fidau Prayer & Final Burial Of The Patriarch Of (SMO)ONANUGA Dynasty, Alhaji(Chief)Sabit Kolawole Onanuga In Ijebu-Ode