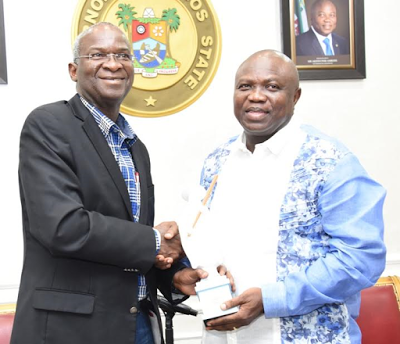 The money is part of the $247 million loan approval granted at yesterday’s weekly FEC meeting presided over by President Muhammadu Buhari.

The other $227 million loan is for rural electrification and West Africa Power projects.

The Finance Minister, Mrs Zainab Ahmed, who announced the loan approval, said the Lagos transportation project will be beneficial to 1.8 million residents.

Lagos State, she said, has the capacity to repay the loan.

Mrs Ahmed explained that the nation’s borrowing is still within limit.

She said: “The third loan approval is $20 million, for the Lagos State Strategic Transport Master Plan. This facility is from the French Development Agency. The objective of the project is to improve the living conditions of the inhabitants of Lagos urban area and promote urban development sitting by efficient and effective transport system.

“The project has two major components. The first is to rehabilitate urban roads and the creation of minimum of eight equality bus corridors and the creation of two multi-model inter-changes at Marina and Mile 2. The second objective is to provide technical support for implementation and management.

“The project is being undertaken by Lagos State agency, LAMATA, under its own strategy. So, the Federal Government is borrowing to unlearn to Lagos following the same terms and conditions that we signed. Our assessment is that Lagos State has the capacity to repay the loan.”