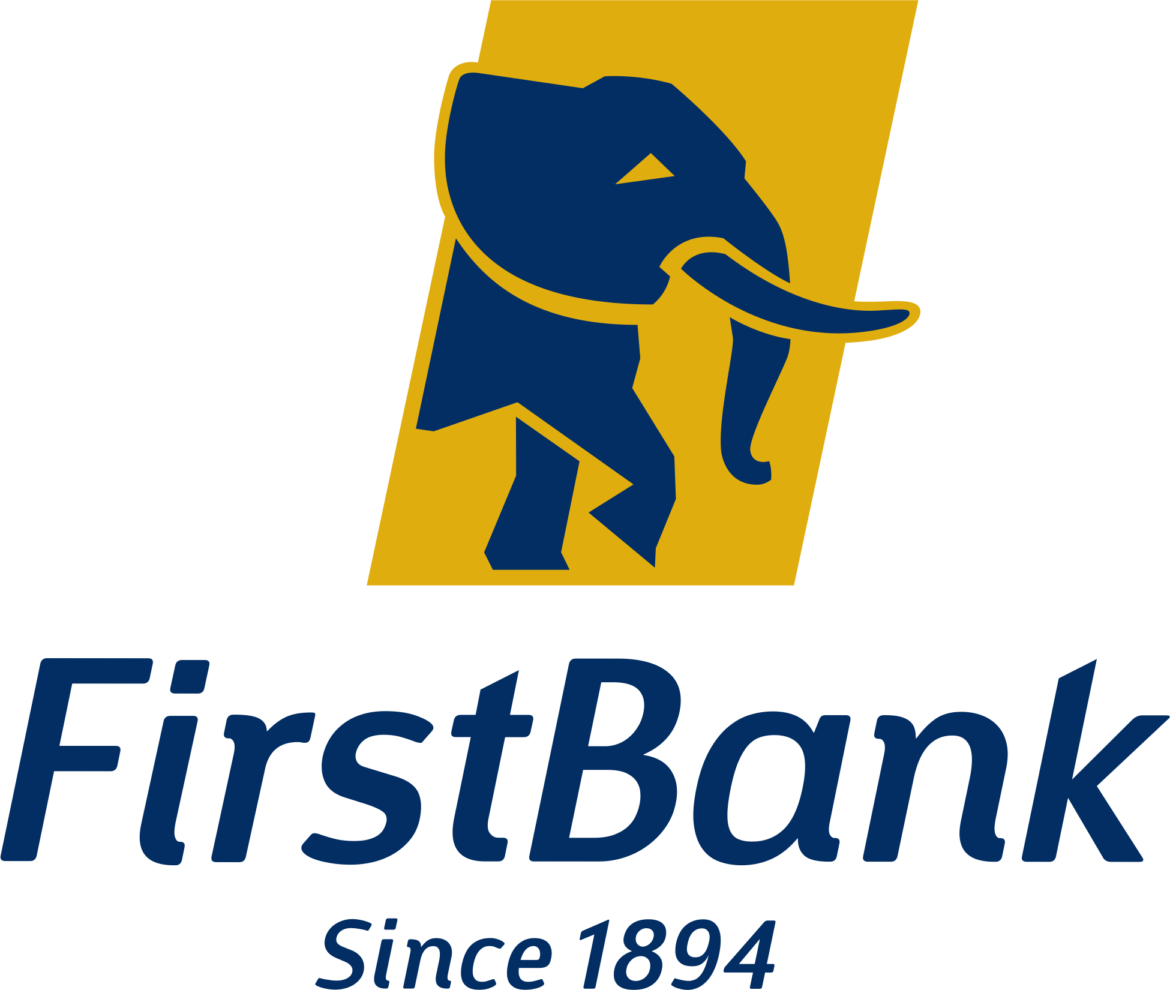 Founded by the proprietor of Elder Dempster Agencies, Alfred Lewis Jones in 1894, the British Bank of West Africa was meant to facilitate the importation of silver currency into the region, where Jones held a monopoly. The bank therefore had a clear historical and business advantage from the beginning, with the imprimatur of the British crown which held sway over half of the world in its colonial supremacy. The world hadn’t cavorted into a needless war yet at that time. The sun was deemed never to set on the Empire. BBWA was the clear standard for banking in the West African region and beyond. An acquisition by Standard Bank in 1965 led to a name change, and later, as Nigeria’s military leaders decreed the indigenization of all foreign-owned companies, the bank had to change nomenclature to First Bank of Nigeria in 1979. It is interesting to note that by then, Standard Bank had already become Standard Chartered Bank. In the world of rapid mergers and acquisitions, it is sometimes hard to trace who is what. A Standard Chartered Bank exists in Nigeria today, different from the Standard Bank that is a shareholder in StanbicIBTC Bank.

First Bank Plc has always been respected and remains so. In the reckoning of Nigeria’s banking regulator, the Central Bank of Nigeria (CBN), First Bank is regarded as a ‘systemically important bank’ (SIB). This is a principal bank that nothing must shake. The regulator therefore has a keen eye for developments in such a bank because it is connected to too many entities in Nigeria and beyond. Besides, the profile and history of First Bank in particular means that it is heavily relied upon by older and more conservative folks, who have always seen its longevity and pioneer status as a sign of solidness. The elephant logo, though thought to be slow, heavy and initially walking backwards but now rebranded to look younger and to walk forward, epitomizes size and reliability. The elephant is also said to have a long memory.

What has happened on 29th of April, 2021 to First Bank Limited should not have been allowed to escalate to this level. Since around 2015 First Bank has been in and out of the news for not-too-palatable reasons.

In the year 2013, International Oil Companies (IOCs) sold off quite a bit of their marginal fields and onshore assets to indigenous producers. The banks financed quite a bit of those acquisitions. By 2016, the price of crude had fallen to an average of $35 from the $115 price of 2013 at which the deals were struck. Some of the big banks were revealed to be sitting on gargantuan bad loans that could have significant effect on the entire system if the regulator was not quick on its feet. Nigeria had ridden the Great Recession attended by the financial crisis of 2007-2010 fairly well but in 2016 we had our fair dose of turbulence, accompanied by a 54% devaluation in the value of the Naira from N199 to N306. Inflation inched close to 19%, rendering all investments almost useless. Customers defaulted on loans and there was this issue with the ownership of rigs and ships in Lagos. That was the first indication that the erstwhile unshakeable bank may have started to shiver.

The Central Bank of Nigeria retains the right as a Regulator to maintain its oversight on all banks under its jurisdiction, and since it receives and examines the books and transactions of all banks, it alone can make a judgment call on whether a bank’s directors have done the right thing. In the communication we have seen in the space, the Central Bank has emphasized the fact that it has given First Bank some regulatory forbearance more than once, and that it has had to help the liquidity position of the erstwhile biggest bank in Nigeria on a number of occasions. I wouldn’t understand how a bank ignores such weighty warnings. The CBN went further to detail some of the insider lendings of First Bank, especially as it relates to the Chairman of its holding company – Otunba Oba Otudeko. One of them is for circa N75 billion which should be beyond single-obligor limit especially for a director of the bank or its Holdco. The same Otudeko also owes Ecobank some N5.5 billion, a loan which is the subject of litigation at the Supreme Court presently. The CBN has asked for an immediate paydown of the First Bank loan within 48 hours. What is more? Both loans – from First Bank and Ecobank – have been allegedly secured with Otudeko’s shares in Airtel, which the CBN alleges have not been put in perfectable state and hence cannot really serve as a fall back for either of the banks. A study of the First Bank’s books reveal that the bank may have provisioned over N1 Trillion in the last 6 years for bad loans! With these kinds of numbers, no director of the bank has any moral grounds to pontificate.

Some of the people on the side of the now dismissed board have alleged all sorts. The most ridiculous is that the CBN is after First Bank for supporting Flutterwave, which also supported EndSARS. Everything has become politicised in Nigeria. Others have alleged that the now reinstated MD, Sola Adeduntan also did his own deals and awarded himself loans which may have led to his problems with the dismissed board. Some say what the Central Bank has done is not tenable and cannot stand up in court.

As a former banker, a chartered and forensic accountant, and especially as an Economist, I follow financial, currency and economic crises around the world. Financial crisis is when banks in a country start to have serious problems, leading to collapses and bailouts. The idea of Cryptocurrencies emerged in protest to the bailout of banks in 2007/8 especially in developed countries. Bailouts are inefficient and are generally a devaluation (and taxation) of the currency in everybody’s bank account and pockets. I also do not understand what comes over top bankers and why anyone will ruin a bank. It is not only in Nigeria that this happens, but in Nigeria, most of the people we show so much respect as large entrepreneurs are merely people sitting on gargantuan loans – usually unsecured – which they have no intention of repaying.

I am studying the psychology that makes smart people do stupid things, such as ruin a bank that you could otherwise grow and continually make money from. Some of the instances of bank failures in the past, showed a situation where their directors resumed at work daily with one aim – let us loot the bank dry. All sorts of fake loan applications then start flying around, which each big man – and woman – hauling as much of customers’ deposits as they can. Sanusi Lamido Sanusi (the man who knows where the bodies are buried), slammed a few of them and became one of the most-hated people in his time at CBN. President Yar’Adua gave him the backing to do what he had to do and traveled out of the country with his wife at that point. We thought that things should calm down a bit. But they say money is a spirit… maybe it gets people drunk, you know. Banks are the ones that actually create money in this reserve banking system that we run. A license to run a bank, is a license to print money indirectly. This is done by the process of making loans. The regulator is there to ensure that so long as the bank plays by the rules, it will always provide the cash to keep the system running and not precipitate a systemic crisis. That is how it works.

Oba Otudeko was a banker at Cooperative Bank himself. I understand that his mentor was Alhaji Arisekola, (Oyinbo Oni Datsun.) That was the big man who used to import Datsun – now Nissan – back in the 1970s and 80s. He was a reputable billionaire too, and a close friend of many governments. However when he died at the age of 69 in 2014, Nigerians discovered that he was owing banks huge sticky loans. First Bank is presently pursuing his estate for about N8 billion, while GTBank is up in arms about its N7 billion. The Asset Management Company (AMCON), a ‘bad bank’ into which many of the bad loans of banks have been swept is teeming with such bad loans and the MD, Ahmed Kuru, has complained that rather than service or pay down their loans, Nigeria’s smart Alec ‘big boys’ would rather buy another private jet and a yacht.

With the move from the CBN, we pray First Bank finds some peace. But more generally, we hope that our smart people who run banks will understand the sheer enormity of the licenses they owe and never get it into their heads to throw it all away in some flight of fancy.

READ ALSO: WHY I TOLD DR. OLUKOYA NOT TO PAY ME A SALARY – MFM SPORTS DIRECTOR, GODWIN ENAKHENA

First Bank Crisis: Why Elephants Don’t Do Break Dance – By TOPE FASUA was last modified: May 3rd, 2021 by City People

Why I Told Dr. OLUKOYA Not To Pay Me A Salary – MFM Sports Director, GODWIN ENAKHENA

Help! I Am Too Addicted To SEX!

Aso Villa And The audacity Of Rats...

THE UNDYING LEGACY OF ODUA BY ERIC...