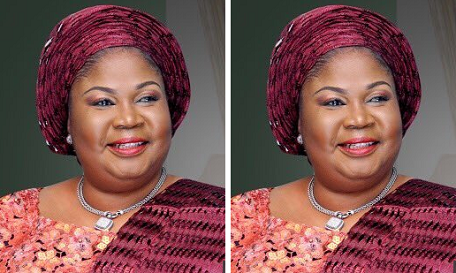 Mojisola Kolade, has joined the race for the governorship ticket of the All Progressives Congress in Ekiti State.

A medical doctor, declared her intention on Thursday at the state secretariat of party in Ajilosun, Ado Ekiti.

She promised that her government would deal with rapists and those subjecting minors to all forms of abuses to sanitise the state.

Speaking at the event, the APC Deputy Chairman, Mrs. Kemi Olaleye, urged the women to support the female contestant during the primary.

Olaleye said, “If you check the political history of our dear country, you will see that women like Mrs. Biodun Olujimi, and Mrs. Remi Tinubu have done us proud with their contributions on the floor of the Senate, so it is wrong to say women lack the capacity to govern.

“At the international scene, ex-Liberian President, Mrs. Johnson Sirleaf; Queen Elizabeth of England and many others also proved that women could do it better.”

Kolade promised to ensure that no child in Ekiti was subjected to any form of abuse like rape, hawking and slavery with her in the saddle.

“It is no gainsaying the fact that Ekiti are well-educated people, but no industries for them to work and this is sad. I will revamp our moribund industries to serve as impetus to our youths to go to schools.

MTN – The Fine imposed on them, how much have they paid.