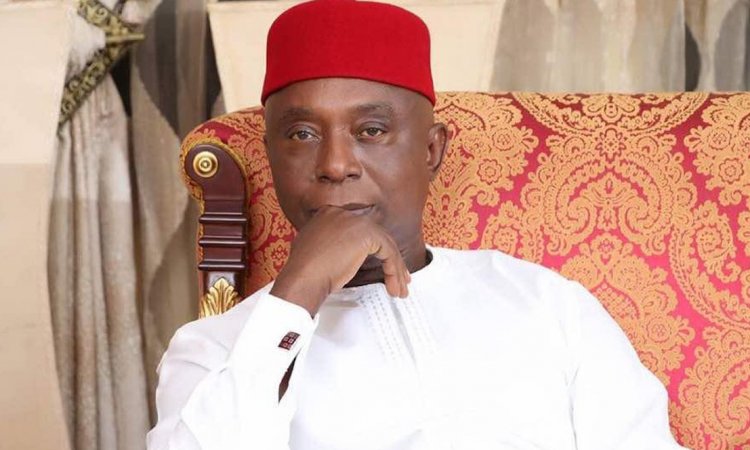 More facts have emerged on how Ossy Boise, who implicated the founder and group managing director of Rain Oil, Gabriel Ogbechie in an alleged plot to assassinate politician, business mogul, and international lawyer, Prince Ned Nwoko, died in mysterious circumstances.

According to a family member, who craved anonymity and was privy to the circumstances that culminated in Boise’s death, the suspect, the only male child of a top civil servant may have died as a result of complications arising from poison.

The source added that Ossy Boise may have been eliminated to forestall further investigation of Mr. Ogbechie’s involvement in the alleged assassination plot against Prince Ned Nwoko.

Recall that Boise, who was remanded in Kuje Prison over a domestic issue had overheard two other prisoners discussing how they were sponsored by an oil magnate to assassinate Prince Ned Nwoko.

The two other prisoners are indigenes of Idumuje-Ugboko in Aniocha North Local Government Area of Delta State held over the communal crisis in the village.

After Boise perfected his bail and left prison, he alerted a member of his church and the boss of Sapphire Perfumes who then notified Ned’s wife, Regina Daniels.

Boise who allegedly heard of a plot to assassinate Nwoko was said to be aware that Regina Daniels is a brand ambassador of Sapphire Perfumes owned by a member of his church.

It was based on this development that Ned Nwoko petitioned the police and this led to the arrest of the founder and group managing director of Rain Oil Limited, Dr. Gabriel Ogbechie by the police.

Ogbechie who hails from Idumuje Ugboko like Ned had earlier been mentioned as the sponsor and backbone of some arrested thugs who had been involved in the mayhem, murder, and terrorism that took place in the ancient town of Idumuje Ugboko of Delta State a few years back over the issue of who becomes the town’s next monarch. He had also been deploying his financial resources to procure the services of senior lawyers for the suspects