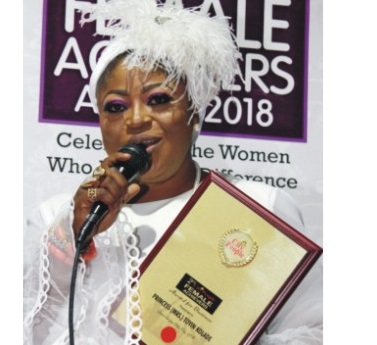 Sunday 27th May, 2018 would forever remain indelible in the minds of many female Lagos celebrities. This is because many celebrity women were honoured at the 2nd City People Female Achievers Awards 2018, held at the prestigious 3 Bees Event Centre, Tipper Bus-stop Ketu, Lagos.

This particular Awards organised by City People was set up to celebrate the women who are making the difference in their chosen careers or field.

The Female Achievers Awards is meant to celebrate the outstanding females who have immensely contributed positively to the society through their work. Below we serve you an exciting report of the event as put together by ISAAC ABIMBADE.

Mrs.Lillian Amah-Aluko is one of Nollywood’s very best. She is a veteran actress. This beautiful woman stormed the venue of the event around 1 pm and she waited patiently as guests and awardees trooped in.

She did so well anchoring the event and her presence added glamour to the already colourful ceremony.

Shortly after, Publisher of City People gave his Opening remarks where he highlighted the importance of the event.

Lillian took over and she did the introduction of guests who were already on their seats. One of the guests present was Dr. Tunde Okewale, who presented the first set of awards. 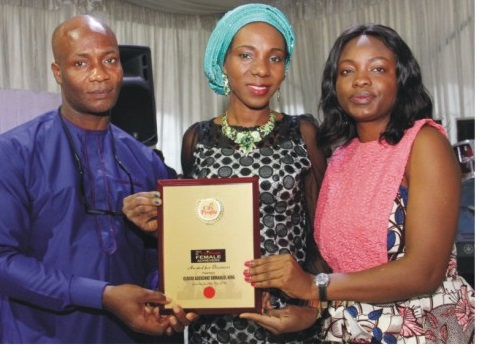 Oloori Aderonke is the pretty wife of Adron Homes and Properties CEO. This woman has contributed to the growth of her husband’s real estate firm. Oloori Ronke is the Executive Director at Adron Homes. She won City People Female Achievers Award for Business. Although, she was not present to receive the award, she was ably represented by Mrs. Folashade Oloruntoba, who collected the plaque on her behalf. Also present were: Mrs. Shola Orunmuyiwa and Mr. Ogbekhilu Jerome.

Kiki Okewale is a fashion designer and a successful entrepreneur. She’s the big boss of Hope Fashion and St. Kiks Couture. The pretty woman is one of the best in her sector. She’s highly patronised by top celeb women. Present with her on the night was her amiable husband, Dr. Tunde Okewale. Mrs. Kiki Okewale won the City People Female Achievers Award for Business 2018. The pretty woman thanked City People and also her husband for supporting her all through the years. Some of her friends and well wishers who were with her include; Dr. Tunde Okewale(Husband), Akeem Showemimo, Bola Banjo, Ajeigbe Abiola, Sanni Racheal, Bolanle Abimbola, Reigning Hussein, Femi Adeniyi. 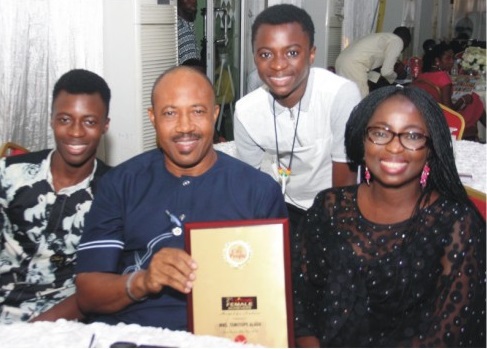 Mrs. Emmanuella Ropo is a tall and pretty lady. She was one of the early comers to the event. Emmanuella runs the big store called Party Dreams, where Kiddies toys and party materials are sold. She is one of the popular faces in that sector. She won the City People Female Achievers Award for Business. Also with her were: Asiwaju Lanre Gentry, Otunba Makanjuola, Engr. Olayinka, Posh Gbemisola, Oyelade Kehinde, Tobi Akinsola, Oriyomi Oluwasanmi, Kareem Abiola, Adigun Bukola, Adeshewa Ajirotutu, Isha Olaide, Akinwunmi Tosin.

Yeye Adejoke is a civil servant in Lagos state. She’s a top shot at LASEPA. This woman has distinguished herself from her colleagues and for that, she was honored on the night. She won the City People Female Achievers Award for Public Service. She  was an extremely delighted woman when she was called upon to pick up her award. She danced her way through the stage when her name was announced. She thanked City People for the award. Present with her were: Mrs. Kemi Oyalami, Dr.(Mrs.) Like Adedotun, Toluwase Oyalami, Princess Adedoyin Ojo, Apostle Lady (Dr.) Diana Gray, Mrs. Toyin Bamisaye On I, Rev. Bunmijenyo.

Mrs. Temitope has carved a niche for herself in the fashion industry in Nigeria. She is a designer and a teacher of fashion. She set up Ibile Vogue Fashion Academy to create a niche in the sector. She’s a certified fashion designer. This woman is one of the best in the industry. She won the City People Female Achievers Award For Fashion. Some of the well wishers with her included: Engr. Lanre Alade (her hubby), Mrs. Comfort Okeleye, Mr. Ralph Malik, Mrs. Olarinde Akinola. She came with her 2 sons.

The beautiful lady was glamorously dressed in a flowing white outfit for the award ceremony. She was one of the women who stole the show. Yeye Adebambo is into the beads business. The name of her company, Bajola Fabrics and Beads is a known name in the Beauty world. She won the City People Female Achiever For Business. Present with her was Mrs.Obagun Kikelomo, Samuel Olusola, and Mr. Ayodele.

Ms. Bose Olubo is a top TV personality and a Wellness Speaker who is highly respected. She is the Managing Director of Omega Nature, the company that produces soaps and creams. She won the City People Female Achievers Award for Business. Receiving the award, she said: I’m happy for this award and I thank City People. It’s a special award because it’s not a regular award you get everyday. This will encourage me to do more” Some of her staffers that came with her include: Bukky, Prince, Bright and Deborah. 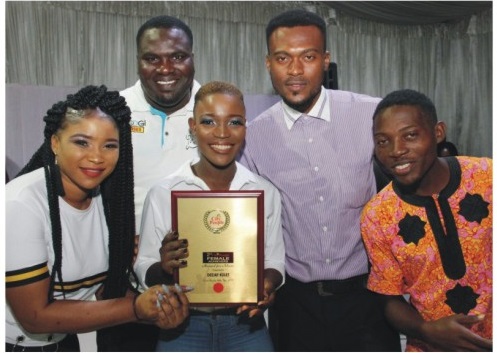 One of the best female DJs we have in Nigeria presently is Kudirat Salami, popularly known DJ Kulet. She’s one of the best hands in the business among her peers. She started disc jockeying 10 years ago and she has carved a niche for herself. She was the DJ for the event and she gave a good account of herself. She won City People Female Achievers Award for music.

Princess Toyin Kolade is well known. She is popularly referred to as Iyalaje of Apapa. She is a big business woman. She is well known in Apapa. She arrived the venue with hip hop artiste, Earthquake and Olabisi Edunjobi and Akintunde Akinpelu.

Princess Toyin Kolade was in a lovely white outfit. She was entertained by SB music band, as she danced and danced to their beats. She won City People Female Achievers Award for Business.

She’s the queen of Juju music. She is also        the President of Juju Musicians. Although she couldn’t make it to the event she was represented by Seun Aransiola also a Juju artiste. She won City People Female Achievers Award for Music. 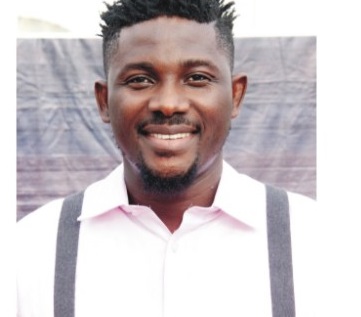 One of the best moments of the night was when SB band serenaded guests. SB music is regarded as a leading Crossover music band.

One of those who were to be honoured at the Awards was Lagos businesswoman Bose Osinowo. She is a big Oil & Gas magnate but she could not make it, she was to have been honoured for have accomplishment in the world of business.

Popular Lagos Caterer, Chief Mrs. Tinuke Alex-Oni was one of the honorees but she couldn’t make it. She was stuck in China.

Chief (Mrs.) Yetunde Onanuga the Deputy Governor of Ogun State was one of the honorees but she could not make it. She was honoured for her effectiveness as a Deputy Governor.

Also on the list of honorees is Mrs. Victoria Folarin, the big boss at Victoria F Event Company. She is one of the big players in the events business and she has taken it to the next level.

Veteran actress, Iya Rainbow whose real name is Mrs. Idowu Phillips was honoured for her remarkable achievements in the movie industry.