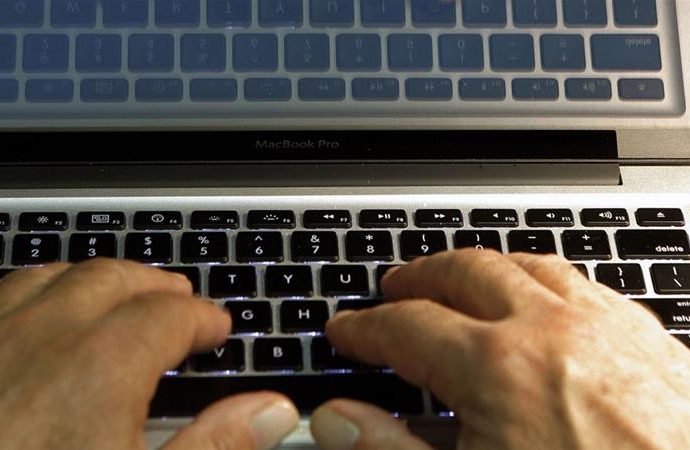 A global cyber-attack using hacking tools believed to have been created by the US National Security Agency (NSA) has infected tens of thousands of computers in nearly 100 countries.

The “ransomware” then encrypted data on the computers, demanding payments of $300-$600 to restore access. Security researchers said they observed some victims paying via the digital currency bitcoin, though they did not know what percent had given in to the digital extortionists.

Researchers with security software maker Avast said they had observed 57,000 infections in 99 countries with Russia, Ukraine, and Taiwan the top targets.

The most disruptive attacks were reported in Britain, where hospitals and clinics were forced to turn away patients after losing access to computers.

International shipper FedEx Corp said some of its Windows computers were also infected.

James Scott, from the Washington DC-based Institute of Critical Infrastructure Technology, said ransomware emerged “as an epidemic” in 2016. He said the healthcare sector was particularly vulnerable because of poor digital security knowledge.

“The staff have no cyber-hygiene training, they click on phishing links all the time. The sad thing is they weren’t backing up their data properly either, so that’s a big problem. They should be doing that all the time,” Scott told Al Jazeera.

“Everyone’s vulnerable right now because you’re only as strong as your weakest link within your organisation from a cyber perspective.”

By the time they turned their attention to the United States, spam filters had identified the new threat and flagged the ransomware-laden emails as malicious, Thakur said.

Private security firms identified the ransomware as a new variant of “WannaCry”, which has the ability to automatically spread across large networks by exploiting a known bug in Microsoft’s Windows operating system.

“Once it gets in and starts moving across the infrastructure, there is no way to stop it,” said Adam Meyers, a researcher with cyber-security firm CrowdStrike.

The hackers, who have not come forward to claim responsibility or otherwise been identified, likely made it a “worm”, or self-spreading malware, by exploiting a piece of NSA code known as “Eternal Blue”, which was released last month by a group known as the Shadow Brokers, researchers with several private cyber-security firms said.

“This is one of the largest global ransomware attacks the cyber-community has ever seen,” said Rich Barger, director of threat research with Splunk, one of the firms that linked WannaCry to the NSA.

The Shadow Brokers released Eternal Blue as part of a trove of hacking tools that they said belonged to the US spy agency.

On Friday, Russia’s interior and emergencies ministries, as well as the country’s biggest bank, Sberbank, said they were targeted. The interior ministry said on its website about 1,000 computers had been infected but it had localised the virus.

Although cyber-extortion cases have been rising for several years, they have to date affected small-to-mid-sized organisations, disrupting services provided by hospitals, police departments, public transportation systems and utilities in the United States and Europe.

“Now that the cybercriminals know they can hit the big guys, they will start to target big corporations. And some of them may not be well prepared for such attacks,” Camacho said.

The aftermath of the cyber attack that affected 48 NHS bodies is likely to last for several days, with six still suffering disruption on Saturday.

NHS Digital said engineers are working “around the clock” to fix the problem. “We are aware some bodies, which range from practices to trusts, may have suspended selected systems purely as a precautionary measure,” a spokesman said.

“We are aware of widespread speculation about the use of Microsoft Windows XP by NHS organisations, who commission IT systems locally depending on population need. While the vast majority are running contemporary systems, we can confirm that the number of devices within the NHS that reportedly use XP has fallen to 4.7%, with this figure continuing to decrease.

“This may be because some expensive hardware (such as MRI scanners) cannot be updated immediately, and in such instances, organisations will take steps to mitigate any risk, such as by isolating the device from the main network.”

Checkout The 7 Habits That Can Destroy Your Relationship

Femi Otedola -The true story of how he became a major player in Oil&Gas Industry, His net worth & Family (Pics)