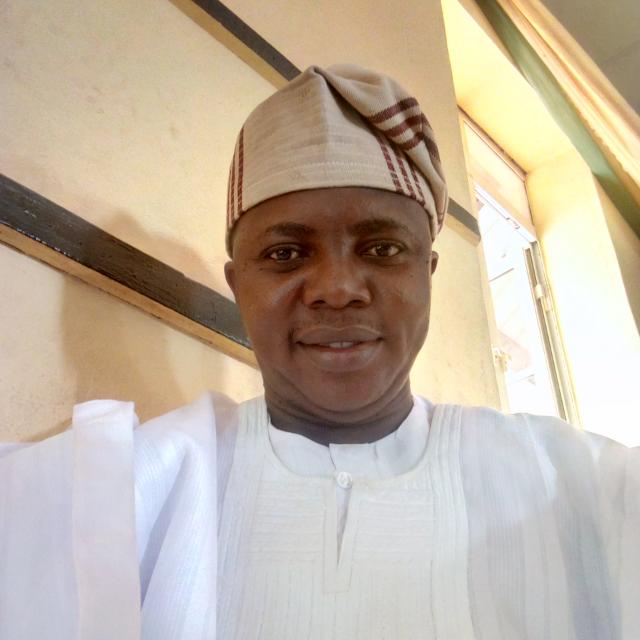 Omooba Damilare Oloyede is a renowned media practitioner in Ogun State and the brain behind Gateway Media Organization (GMO). In this interview with Concise Newspapers, he spoke on why the group is rallying support for the new administration in the State and other political issues.

What does GMO represent

GMO is a non-governmental and not-for-profit making outfit that was created immediately after the 2019 election for the sole aim of rallying support for the incoming government, now the new government of Prince Dapo Abiodun. We discovered that one of the problems we have in Ogun State is that over the years our chief executives find it seemingly hard to manage their media front due to the volatility of our youths who engage their leaders. So we feel as citizens we also need to give back to society and do little from our own end as a contribution to the running of the State. So we felt let’s have a media organization that will front for the government independently to help review, analyze and propagate the policy programs and feats of the government. That’s what we’ve been doing even before the government came on board. We’ve been doing that from our own end to ensure the government of Prince Dapo Abiodun (Mfr) succeeds on the 4 year mandate.

In practical terms, how does the group intend to support the new administration in the State?

We are coming as an independent body. Of course we know the government would have the CPS, just heard my very good brother, Mr. Somorin as the chief press secretary, we know there would be Special advisers on media, commissioner for information, and the likes, but we as an independent body, when we sit down to review and analyze the government policies, we are so sure that people seeing us an independent body considering the nature of our state would feel, okay if the government would package events, these people should not lie to us. Our main aim is to ensure there’s sustained peace in the media atmosphere so that we can nip in the bud rumor mongering, and make sure that information about the government gets directly to the people. That’s why we are going to engage different media organizations, engage the public via public town hall meetings,
and all avenues to make sure the public gets information directly from the government of Prince Dapo Abiodun.
We just feel we cannot leave governance in the hands of those that are in government alone. We are going to do anything that needs to be done in order to propagate the programs and policies of this administration as well as ensuring that information gets to the common man.

Why are you rallying support for Prince Dapo Abiodun, despite your strong ties with the African Democratic Congress (ADC) and its governorship candidate, Prince Gboyega Nasir Isiaka in the last election?

In Ogun State in the last eight years, each and every one of us is committed to the conclusion that the former Governor, Ibikunle Amosun has not done well in terms of human management, education, the lopsidedness of infrastructure, nepotistic governance, and in terms of running the government of the few. We feel that the government of Senator Amosun didn’t do well so we tried to identify the causes of his poor performance in office. First, we discovered instead of the government to be a government of the people, it was a government of the few. So we resolved that Amosun must go. He must not enforce a successor with the same mindset as his on us. When my candidate, Prince Gboyega Isiaka, who I was privileged to serve in his campaign media team didn’t win the election, we were pained, but we drew comfort from the fact that it was not Amosun’s stooge that won the election. So it was necessary to remind the governor Prince Dapo Abiodun that he emerged on the goodwill of the people of the State. His mandate is the mandate of the good people of our dear state. We would not want him to disappoint the good people of the state.
On my own, with a few friends and allies, we decided that we would rally support for Prince Dapo Abiodun so that this government does not fail and that the government lives up to its promises.
So that’s the reason we decided to come on board with GMO.

What is the assurance that the new government would not end up disappointing the people of Ogun State?

One, Prince Dapo Abiodun is a gentleman that keeps to promises judging by his background in the private sector. He’s a man that understands that there’s a word called contract signing, electioneering and campaigns are like a social contract with the people. He knows what he’s telling people of Ogun State. Even after winning the election, he’s been reeling out promises, not that he wants to buy votes with the promises he’s been making as Governor. Since his swearing in, he has reassured on some of his promises. He knows the stake is high and he cannot afford to disappoint the good people of the State. Is it to declare State of emergency on education? You and I know the state of education in our dear state is nothing to write home about. He has promised to establish or refurbish, as the case may be, health centres in the 236 wards in Ogun State. These are promises he knows he will fulfill. He has also said all the ongoing projects of Senator Ibikunle Amosun are going to be completed by his administration. He understands that one cannot just abandon taxpayers commonwealth on the grounds of politics. I am confident and hopeful that God will help our governor to fulfill his promises to the people.

The new governor’s preparedness for governance has been questioned in some quarters. What is your reaction?

Prince Dapo Abiodun is prepared. The only problem we have on this side of the world is that we love people that start with showmanship and all that razzmatazz. Governance is serious business and not about noise making. If you look at the way the man has gone about his business since he was sworn in, you would understand that he is someone who understands governance.
Prince Dapo Abiodun has met with security chiefs, permanent secretaries, he’s met with the workforce of the State, also the biggest elder statesman we have in Ogun, Chief Obasanjo to acclimatize himself to the new office. Not forgetting that he’s met with the Ogun State House of Assembly’s leadership and members. He’s been in contact with the good people of Ogun State through the line up of activities for his inauguration ceremony. Now, he’s in smooth consultation with the political class and I believe very soon, he’ll be making some very key appointments.

What do you make of his hesitance to make key appointments after his swearing in?

One thing people don’t understand is that even some new governors that made new appointments have not sworn them in.

The supposed SSG or Chief of Staff we are expecting in Ogun are already working with the governor. It’s just the official naming that we are expecting. But everyone is working already. We should only be concerned about getting the job done. Governor Dapo Abiodun would make his appointments at the appropriate time. Just so you know, the man is yet to move to the governor’s office. That might even be part of the delay. We are not concerned about reeling the appointments out. We are concerned about getting the job done. The people of Ogun State want security, they want MAPOLY and other educational institutions to come back to life. We want peace. We want health. We want a government that will deliver democratic dividends to our people.

Security was one of the major successes of the Ibikunle Amosun administration. Do you see the new government sustaining the peace in Ogun?

The governor is a peace loving man. He’s a man of principle. He’s a man that is very strict. If you look at how the inauguration ceremony had gone, you would know the new administration is not going to joke with the security of lives and property. We are taking about a man that was able to manage the exuberance of the youth populace on the inauguration day. I can assure you that peace will reign during the administration of Prince Dapo Abiodun.
Be rest assured, because this is a man that has said he wants to bring investors into Ogun State. He is a business man. The big players in the corporate world are his friends. He understands the importance of security to corporate investments.

A lot of political interest brought the new governor on board. It has been argued that these interests might scuttle his performance in government?

All these interests are at best described as mere interests. None of them is the executive governor. The governor is Prince Dapo Abiodun. I’ve even heard some people say Bola Ahmed Tinubu would be controlling the governor. Even in Lagos, Tinubu gives the governor the free hand to perform. Asiwaju is just passionate about good governance. Since Dapo Abiodun is a progressive, Tinubu would be rest assured that he would deliver using the mandate of the APC and their manifesto. It is not an individual thing Everybody had to come on board because the State could not afford to have an extension of Amosun’s tenure. They all had to galvanize support for the candidate they felt could square up with Amosun. I don’t think these interests would have any political damage on the government of Prince Dapo Abiodun.

What do you make of the reversals of the last administration’s last-minute transactions, especially the suspension of local government chairmen by the Ogun State House of Assembly?

The Ogun State house of assembly in his own wisdom feels that the last administration at the die minute made some transactions that are not in compliance with the law, as the government made some promotion and elevation of some traditional rulers that are not in tandem with the laws and constitutional provisions of the State. Whereas we also have some cases of employment that did not follow due process. The honourable speaker and members of the assembly feels that this should not stand. They have it within their right to reverse the decisions. The State House of Assembly have it within their rights to investigate and suspend local governments. The only caveat is that probably the suspension should not exceed three months. But they can suspend. In all these, we should appreciate Prince Dapo Abiodun because he has given the assembly the freedom to do what they could not do in eight years of Senator Ibikunle Amosun. It shows that Prince Dapo Abiodun wants to run a government that would allow the legislative arm of government to run freely, that would allow the judiciary to operate freely as well. That would allow the local governments to run freely too.

What would be your advice to the good people of the State especially as we have a new Sherrif in town.