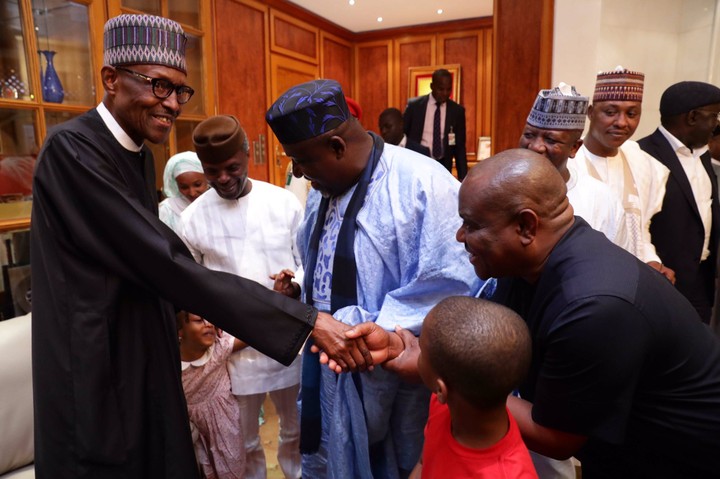 A five-man panel led by Mohammed Garba dismissed the petition of the Peoples Democratic Party (PDP) and Atiku Abubakar, its presidential candidate, saying the petitioners failed to convince the tribunal in the reliefs they sought.

The PDP has rejected the verdict of the tribunal and asked its lawyers to file an appeal at the supreme court.

But Wike, a top member of the Peoples Democratic Party (PDP) who was the coordinator of the Atiku’s campaign in the south-south, sent a congratulatory message to Buhari.

In the message Simeon Nwakaudu, his media aide, issued on his behalf, Wike asked Buhari to use his victory to unite Nigerians. “irrespective of their political leanings.”

“Governor Wike called on the President to work towards the unity of the country, noting that the country is divided,” Nwakaudu said in a statement.