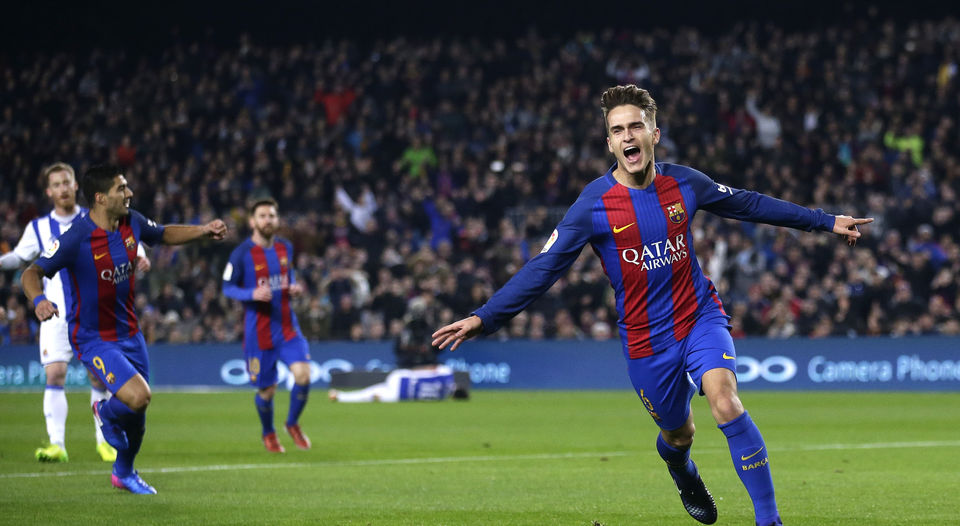 Barcelona did the unimaginable on a night the whole world had written them off by turning around a four goal deficit to beat PSG and make champions league last eight.

“If Paris Saint-Germain scored four, we can score six” was Luis Enrique said in the pre-match press conference ahead of this match and his team did exactly that to produce perhaps the greatest comeback in football history.

The Barcelona boss was written off and called every name under the sun after the Catalans’ capitulation in the first leg at the Parc des Princes.

Since that 4-0 loss, he has announced that he will not continue in the summer and in many ways, the pressure was off.

Could Barca really do it? The Blaugrana beat Sporting Gijon 6-1 last Wednesday and then thrashed Celta Vigo 5-0 at the weekend.

Paris Saint-Germain would be a different test, but belief was building. “Yes we can,” the supporters sang on Saturday.

And yes they did. Luis Suarez scored inside three minutes to give Barca a dream start and an own goal from Layvin Kurzawa before half-time made it 2-0 at the break.

The comeback was on and when Lionel Messi added another from the penalty spot four minutes after the interval, it looked like Barca would go on to achieve a historic turnaround.

Perhaps Luis Enrique’s words were ringing in their ears. “If PSG scored four, we can score six.” Now they needed to do just that, but time was running out and when Neymar hammered home a fantastic free-kick with two minutes left, Barca still had to convert twice more.

Suarez then earned a penalty in the final minute, which Neymar netted. PSG complained, but to no avail and Barca threw everything at the French champions through five minutes of added time as even Marc-Andre ter Stegen piled forward.

Again Neymar’s contribution was vital as the Brazilian produced a perfect delivery into the box for Sergi Roberto (who had been exposed by PSG in the first leg) to apply the finish. Emery grimaced as the Camp Nou erupted. History had been made.

Asked about Barca’s 4-0 loss in Paris, former coach Pep Guardiola said last month: “Be careful not to criticise Barca and Luis [Enrique] too much – because they may end up proving you wrong.”