Griezmann’s Brace Condemns Germany To Another Loss Against France 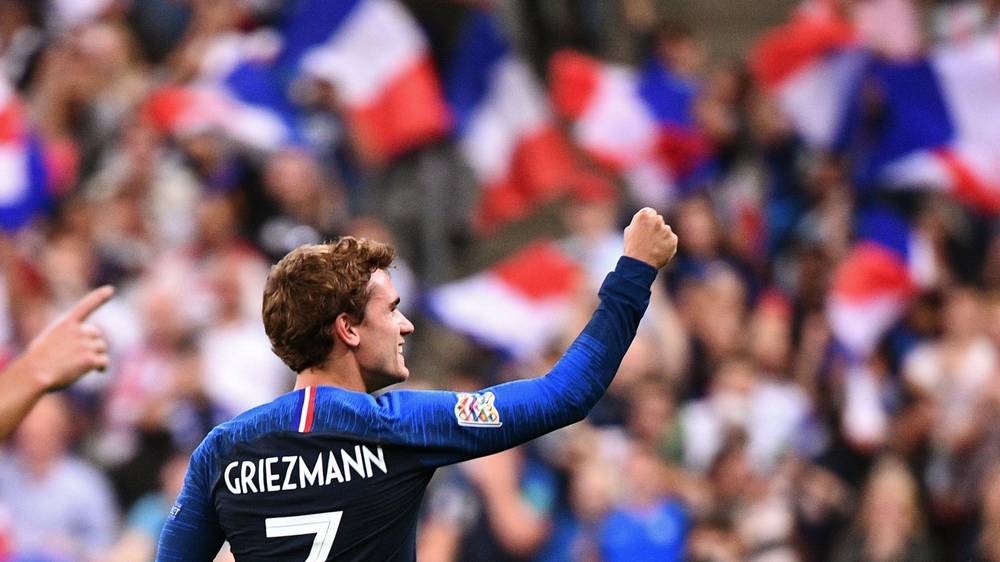 The visitors were eyeing just their second competitive win of the year when Toni Kroos scored from the penalty spot after Presnel Kimpembe had handled.

But Griezmann levelled for the world champions with a superb looping header from Lucas Hernandez’s cross.

He then scored the winner from the spot after a foul on Blaise Matuidi.

Didier Deschamps’ side remain unbeaten in the Nations League and top Group A1 with seven points from their three games. They are now unbeaten in 14 fixtures, including the seven that culminated in them lifting the World Cup in Russia this summer.

In contrast, Germany are in a rut unlike any they have previously experienced.

The result in Paris means they have now suffered six defeats in a calendar year for the first time and, following Saturday’s 3-0 humbling reversal in the Netherlands, have lost two consecutive competitive matches for the first time since 2000.

It is sure to further increase the pressure on boss Joachim Low, who oversaw their group-stage exit at the World Cup and now faces the very real possibility of his country being relegated to League B of the Nations League.

They are bottom of the group with just one point, having played a game more than the Netherlands.

Low’s side were actually the better in Paris in the first half on Tuesday. Utilising the speed of the recalled Leroy Sane, they counter-attacked superbly and deservedly led when Kimpembe blocked the Manchester City winger’s cross with his hand and Kroos converted the resulting penalty.

But for Hugo Lloris, the lead would have been bigger at the break, with the Tottenham keeper showing awareness and speed to dive in and palm the ball away from the feet of Timo Werner in the box and then keep out Matthias Ginter’s low drive.

But Low’s side could not maintain their efforts, allowing France, and Griezmann in particular, to demonstrate the resilience and world-class attacking ability that served them so well in Russia.

Gov Amosun Is Under “Enormous Pressure” To Quit APC