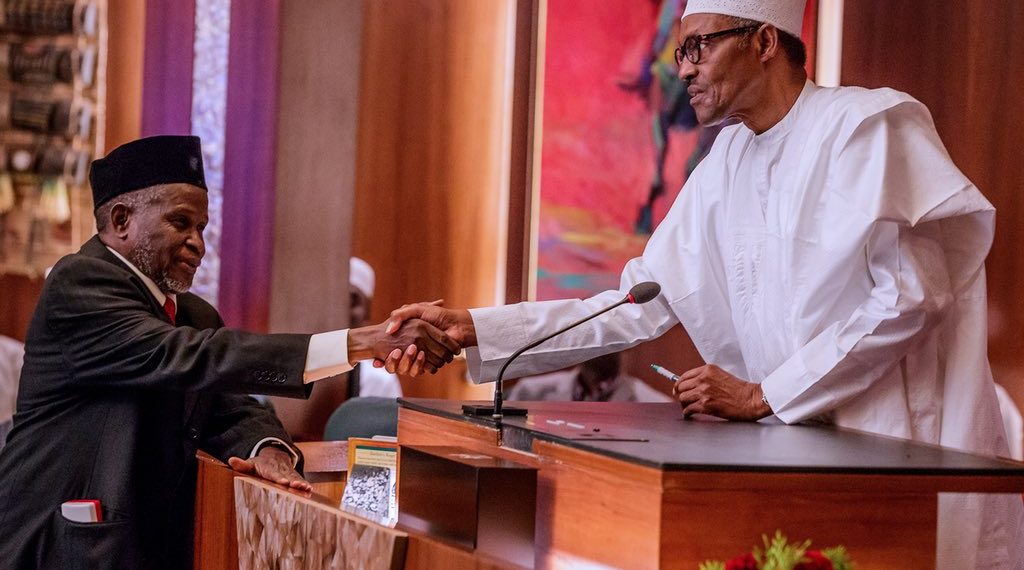 President Muhammadu Buhari and the Chief Justice of Nigeria, CJN, Ibrahim Muhammad have been dragged before the Federal High Court in Abuja over the nomination of four justices for elevation to the Supreme Court.

A group, the Access to Justice (A2Justice), wants the court to stop the process for violating applicable judicial guidelines.

Also named as respondents in the suit are the Senate, the National Judicial Council (NJC) and the Federal Judicial Service Commission (FJSC).

Through its lawyers Jude Ogodi and Joseph Otteh, the A2Justice are contending that the FJSC and the NJC failed to comply with the established judicial appointment procedures.

It said they circumvented aspects of the rules designed to make the recruitment process transparent, fair, merit-based and competitive.

According to the group, the NJC and FJSC also failed to disclose information that would enable interested persons to monitor how the recruitment exercise was done.

A2Justice said the suit was part of advocacy to reform judicial appointment processes and ensure compliance with the Revised NJC Guidelines and Procedural Rules for the Appointment of Judicial Officers of All Superior Courts of Record in Nigeria, and the National Judicial Policy 2016.

It said the instruments were made and adopted by the NJC to address the opacity, influence-peddling and nepotism that characterise judicial appointments.

“Both instruments intend to provide a level-playing field for all eligible persons interested in serving in judicial offices, whether they are currently serving as judges/justices, or are in private practice or in academic institutions,” it said.

The plaintiff seeks a declaration that the FJSC did not fully comply with Guidelines, particularly with respect to calling for expression of interest in the vacant positions.

It alleged that the FJSC also did not notify the Nigerian Bar Association (NBA) of the vacancies nor call for nominations before it drew up the list.

The plaintiff seeks an order quashing the list of candidates submitted by the FJSC to the NJC for consideration as Supreme Court Justices.

“Several attempts by Access to Justice to ascertain the extent of compliance…using the Freedom of Information Act drew blank.

“The respondents failed to respond to its enquiries relating to the process adopted for the selection of potential appointees.

“The FJSC chose to conduct its recruitment in an opaque and unaccountable manner, in outright violation of the 2014 Appointment Guidelines,” the group said.