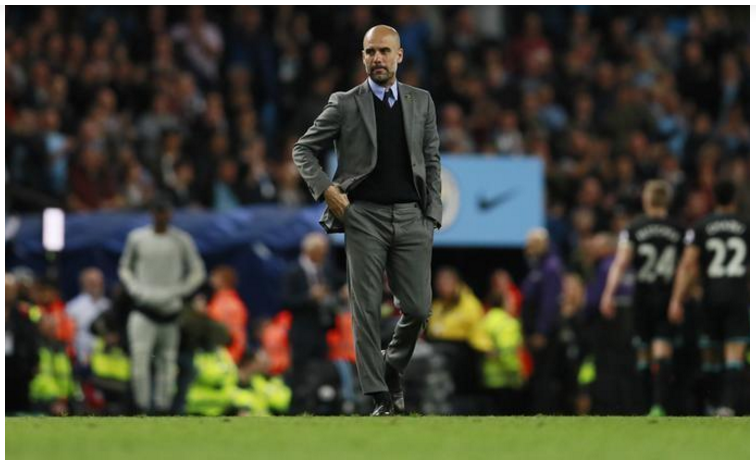 Manchester City manager Pep Guardiola dedicated his team’s 2-1 win over Napoli in the Champions League on Tuesday to the two Catalan separatist leaders detained in Spain, according to a report by AFP.
Speaking after the win, Guardiola told reporters at the Etihad Stadium, in response to a question on the matter from a Spanish journalist saying “This win is dedicated to them.
“We have shown in Catalonia that citizenship is bigger than any ideas. We hope they will be released soon.”
Tens of thousands of people took to the streets of Barcelona on Tuesday to protest against the Madrid-based National Court’s ruling to keep Jordi Cuixart and Jordi Sanchez behind bars pending investigations into sedition charges.
It follows the bitterly contested Catalan independence referendum which was ruled illegal by Spain’s Constitutional Court. Guardiola, a Catalan, is one of the most famous figures associated with Barcelona Football Club, having won multiple trophies there as both player and coach.
Guardiola Backs Catalonia Independence, Dedicates Win to Jailed Separatists was last modified: October 18th, 2017 by Arinze Ago