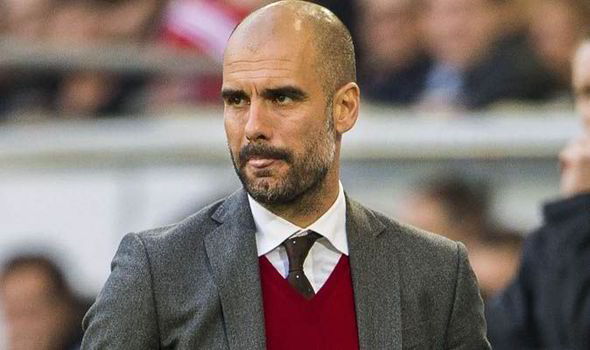 Pep Guardiola is one of the greatest ever coaches but did not “do his homework” on English football, according to former Chelsea manager Avram Grant.

Guardiola is set to end his first season at Manchester City without a trophy, the first time he has failed to collect silverware in a campaign, with City in Premier League action against rivals Manchester United on Thursday.

The Catalan, who has won six league titles and captured the Champions League twice, was hailed by Grant despite his City side sitting 14 points behind league leaders Chelsea.

“I think he’s one of the greatest coaches in history,” Grant told Omnisport. “He’s one of the best, one of the top, no doubt about this. What he did in Barcelona, even the football that he played in Bayern Munich was amazing.

“He plays exactly like he played in Barcelona, but not with the same personalities and not in the same league. But I’m sure he is a smart guy. He will learn from this and he will do differently next season. But this season, it was a good education for him.”

Thursday’s derby has been billed as a battle between Guardiola and his United counterpart Jose Mourinho, who Grant believes thrives when he is the underdog rather than the favourite.

“I think he’s a great manager, a great coach,” Grant said of Mourinho. “He has a lot of qualities, a very nice man, even though people don’t think like this.

“When you sit with him, he’s one of the funniest guys, friendly guys you’ve ever met. But I think, like everybody, you need to look in the mirror and say ‘what can I improve?’

“For United to be fifth place, or fourth place, or even third place, it’s not usual. United are looking to win titles. That’s what it was before Alex Ferguson, even though they didn’t win for 20 years, and that’s how it stays after. That’s what a big club is about.

“United need to fight for titles and if they are not fighting for titles, they are not doing a good job. Can Mourinho do it? Yes, he can do it. Can do it in this way? I don’t think so.”

Guardiola didn’t do his homework before taking Man City job – Grant was last modified: April 27th, 2017 by Arinze Ago

Ooni of Ife, Oba of Lagos – Controversy in Nigeria over traditional ruler ‘snub’