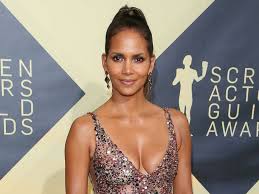 Oscar-winning actress, Halle Berry blasted a man on instagram who claimed she sexually assaulted him.
The man narrated how the alleged assault happened. He said that he bumped into Halle at a party, and Halle attacked him by grabbing his genitals.

“I don’t know you, bruh. And you don’t get to make comments about me like this. I have never met you, nor have I ever disrespected anyone the way you have suggested. Now get a life and get the f— off my page with that bullsh–. Peace chicken grease.”
The man thereafter made his Instagram page private and has not said anything else since the accusation.

Halle Berry – blasts man who claims she sexually assaulted him at a party was last modified: October 4th, 2018 by Igbokwe John