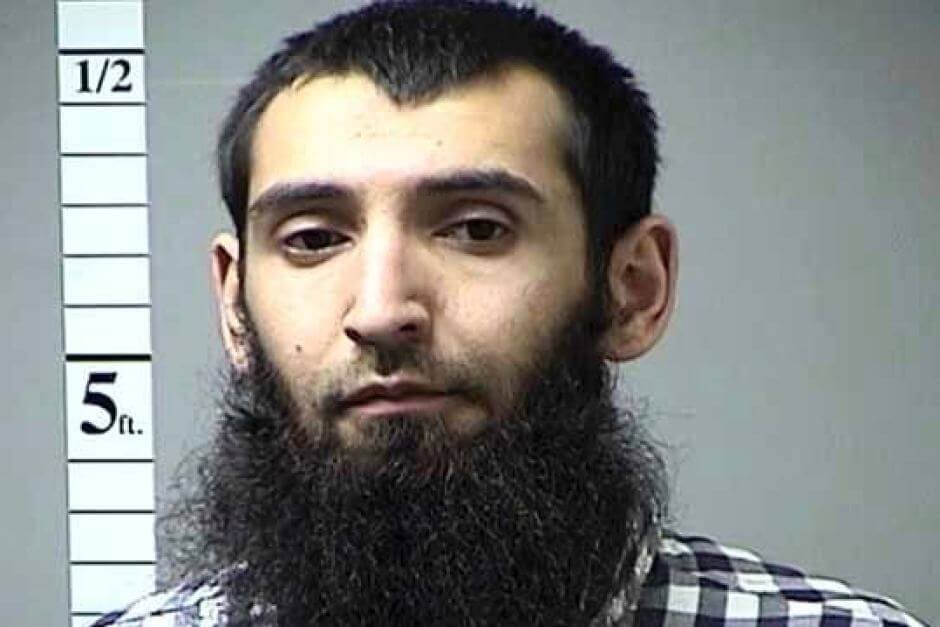 Sayfullo Saipov, the man accused of plowing into people on a lower Manhattan bike path Tuesday had apparently been planning the attack for a number of weeks, officials said today.
“He did this in the name of ISIS, and along with the other items recovered at the scene was some notes that further indicate that,” John Miller, deputy commissioner of Intelligence and Counterterrorism of the NYPD, said this morning on the attack that killed eight.
“He appears to have followed almost exactly to a ‘T’ the instructions that ISIS has put out in its social media channels before with instructions to their followers on how to carry out such an attack.”
Related: Trump Blames US Green Card Lottery Program After Deadly NY Terror Attack
THE ATTACK
According to police, a man alleged to be Saipov rode a rented Home Depot pickup truck and started mowing down cyclists and pedestrians on a bike path near West Houston Street on the West Side Highway around 3:05 p.m. The suspect drove south for about a mile, leaving strewn bodies and mangled bicycles in his wake.
Witness Eugene Duffy described one victim’s body as “mangled,” saying he was “traumatized” by what he saw.
“Everybody was running,” Duffy told ABC New York station WABC-TV. “Everything was happening so fast.”
The suspect eventually crashed into a school bus near Chambers Street, just across from Stuyvesant High School.
Heartless Terrorist Who Killed Many People in US on Tuesday Plotted for Weeks Before the Attack – Officials was last modified: November 2nd, 2017 by Arinze Ago