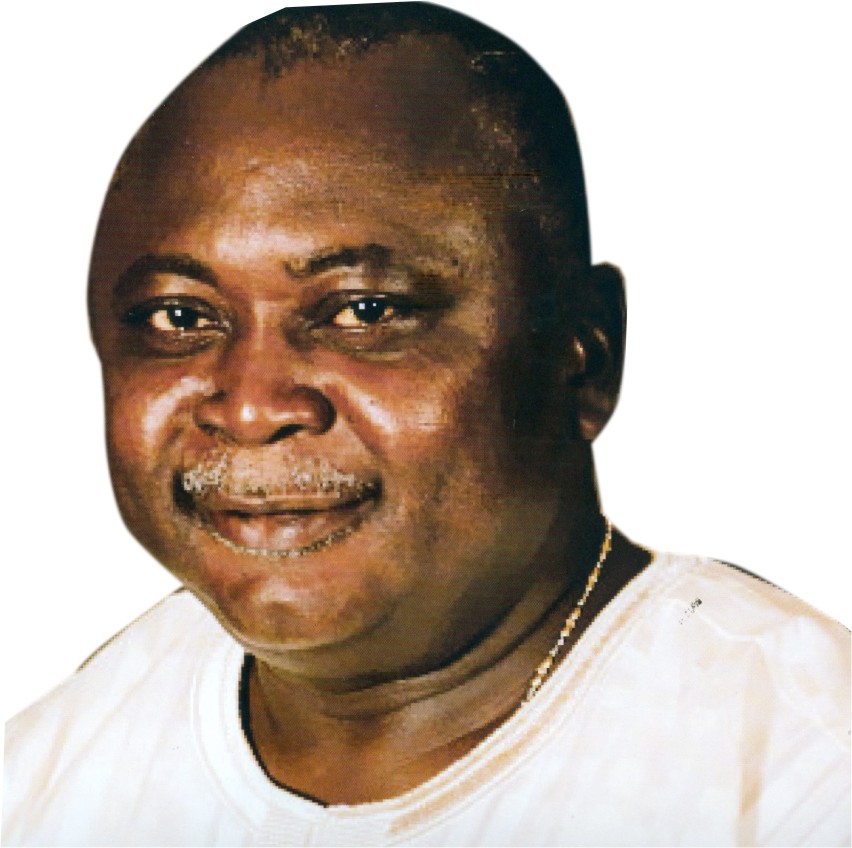 The race for Ogun governorship in 2020 has begun in earnest. And it is about 30 months away. Already, members of Ogun PDP are gearing up for reconciliation and how to position the party to be able to win the governorship. The untimely death of Senator Buruji Kashamu has created a big vacuum within the party and the need for the 3 major groups to close ranks. Before his death, Senator Buruji Kashamu had handed over the leadership of his own group to OGD and he had pledged in a telephone conversation with Chief Kesington Adebutu to work for and support his son, Hon. Ladi Adebutu’s governorship ambition.

Before now, the party had 4 main political groups made up of the OGD Group, Ladi Adebutu Group and the Buruji (Omo Ilu Foundation) Group.

During the build up to the 2019 Governorship election, the 4 groups battled one another.

Both the Ladi Adebutu Group & Buruji Group engaged each other in a fierce battle, which was fought in the Law courts. So bitter was the battle that OGD threw his weight behind Prince Dapo Abiodun of the APC, who won and Ladi threw his wight behind Hon. Akinlade, who was the then Governor Ibikunle Amosun’s candidate of course, a house divided among itself cannot stand, Buruji lost and he promptly threw his weight behind Dapo Abiodun, once the election result was announced.

Now, all of that has changed. With the exit of Buruji Kashamu, the coast is now clear for the Ladi Adebutu Group to start work on his governorship ambition come 2023.

A few weeks back, the party Congress was held and party members loyal to Ladi Adebutu emerged as new exco members with Sikirulai Ogundele emerging as Chairman.

We hear feuding factions in the Ogun State, Chapter of the Peoples Democratic Party have agreed to sheath their sword and work towards restoring the party’s lost glory.

National Chairman of the PDP, Uche Secondus, and other members of the PDP National Working Committee received the new state executive led by its Chairman, Ogundele Sikirulai, at the party’s National Secretariat, Abuja a few days back.

Secondus said, “Ogun is a state blessed by God. It is not a state to toy with. We have to thank God because God’s time is always the best. It was a bitter experience in Ogun State when we lost the opportunity to produce the governor there in 2019 and this whole thing started in 2015”.

Secondus urged other states to borrow a leaf in conflict resolution from Ogun because leaders of the party at the state level made sacrifices to restor peace in the interest of the party.

The PDP State Chairman, Sikirulai, said “we are here to thank you for all the support you have been giving to us in Ogun State. We represent the good people of Ogun State and we say a big thank you to the NWC.

“I bring greetings from Hon. Ladi Adebutu, who is unavoidably absent today. We are here to familiarise ourselves with the NWC and we pray to God to give the Chairman more wisdom, knowledge and understanding that will lead us to success. There is no problem in Ogun PDP again. Today is a day that God has made”.

Who is Hon. Ladi Adebutu you may be wondering? We can tell you about this easy going son of Chief Kesington Adebutu, born in Lagos State on 25th February, 1962 into the family of Chief Kesington Adebukunola Adebutu and Dame Caroline Oladunni Adebutu. His father is the Balogun and Baba Oba of Iperu Remo, Akogun of Remoland, the Olotu as well as the Asoju Oba of Lagos. He hails from the renowned Adebutu family of Eti-Obale, Iperu Remo, and the Apondele royal family of Ode Remo, while the mother is the Yeyemode of Iperu Remo, Apesin of Lagos and Yeyeoba of Odogbolu and she hails from the Jaiyesimi Okuwa family of Odogbolu.

He started his elementary education at the International Day Nursery School, Yaba in 1964, before proceeding to St. Saviours Primary School, Oke-Ira, Ebute-Metta, Lagos. He later proceeded to Igbobi College where he obtained his West African School Certificate in 1978.

Upon the completion of his secondary education, he travelled abroad where he studied at the St. Columbas College, Rathfarnham, Dublin and obtained the Irish Leaving Certificate in 1980. He commenced his tertiary education at the National Institute of Higher Education, Limerick, Republic of Ireland. He also attended the Regional Technical College at Athlone and Carlow in the Republic of Ireland between 1981 and 1984.

He had his primary assignment in the National Youth Service Corps Scheme in Biu, Borno State between 1987 and 1988. He worked briefly at Kesington Industries, Iperu Remo between 1988 and 1991. In 1991, he became the Chief Executive Officer of JB Farms Ltd and established Solomon Kesington Agro-Allied Limited shortly after. He is till date the Chief Executive Officer, and one of the largest livestock farmers in the country. He also serves on the board of the Premier Lotto Limited as an Executive Director. He is the Chairman/CEO of LADO Tourism and Real Estate Limited.

He is a politician of high repute. He became a member of the National Assembly in 1992 on the platform of the defunct Social Democratic Party (SDP), when he represented Remo Federal Constituency. He was a Senatorial Aspirant under the auspices of the United National Congress Party (UNCP) in 1998, as well as a National Assembly Aspirant on the platform of the People’s Democratic Party (PDP) in 2003, 2007 and 2011 respectively.

He was appointed a full-time Commissioner II in the Ogun State Local Government Service Commission in Sept. 2007. In October 2007, he was upgraded to full-time Commissioner I within a period of one month because of the zeal he brought to the job. During his stint at the LGSC, he was instrumental to the appointment, promotion, conversion, upgrading, and training of Local Government workers across the state. He also used his good office to secure employment for Remo sons and daughters in other parastatals and agencies of government.

He was elected member of the 8th National Assembly during the March 28th, 2015 General Elections, on the platform of the Peoples Democratic Party (PDP) to represent Remo Federal Constituency (Remo North, Shagamu and Ikenne Local Governments), Ogun State, in the House of Representatives, Abuja. He is the Chairman, House Committee on Rural Development.

Through his deep grassroots commitment and love for his native land, he was appointed to serve as the Chairman of the Akesan Day Celebrations Committee in the year 2007. He was able to use his contacts to raise substantial funds for the development of the community during that remarkable edition.

In appreciation of his invaluable developmental strides, he was honoured with the chieftaincy titles of the Okanlomo of Iperu Remo, by the Alaperu of Iperu, Oba Adeleke Idowu Basibo, Odoru V; Aruwajoye of Ode Remo by the Alaye of Ode Remo, Oba (Surv.) Amidu Oso, Daniyan II and the Otun Ajagungbade of Remoland by the Akarigbo and Paramount ruler of Remoland, Oba (Dr.) Michael Adeniyi Sonariwo, Erinjugbo II respectively. A detribalised Nigerian, he was also conferred with the highly-revered title of Maiyakin by the Nupe Community in Remoland. He was recently installed the Otunba Nawo Ola of Odogbolu by His Royal Highness, Oba Adedeji Onagoruwa, the Alaye of Odogbolu.

He is a socialite of no mean standing. He belongs to the famous Akesan (Iperu) Club 1954 and the prestigious Remo Club (1937). He is also an honorary member of the Lions Club (Abeokuta Metropolitan).

He is a devout Christian, who aside from being committed to various works of humanity, also understands the importance of spiritual balance. Thus, he is very involved and committed to God’s work. He is an active member of the Celestial Church of Christ and the Patron of Celestial Church of Christ, Tiwadire, Ipinle Ogbon, Iwera Parish, Sagamu. He also holds the title of Baba Ewe of the Methodist Church, Ibu Road, Iperu Remo.

Ladi is an ardent soccer lover. He is the Proprietor of the LADI ADEBUTU FC; Patron of Remo Football Academy and Ikenne Local Government Football Council. A loyal fan of the Chelsea FC of England, he has successfully sponsored the first and second editions of LADI ADEBUTU Under-20 Football Competition for Youths in the Ogun East district

Some of the talents discovered during the competition, Ibrahim Deinde, Ayodele Femi and Udoh Akpan who are members of the National Under-13, 15 and 17 respectively. Udoh Akpan was the First Choice goalkeeper for the Victorious Golden Eaglets at the 2015 Junior World Cup held in Chile

He is a versatile politician with a bias for the people at the grassroots. He is a highly industrious individual and a very amiable, humble and accommodating personal someone who believes that success in life is irrelevant if it is not relevant to the need of others; a true and genuine leader, who having discovered himself and his purpose for living is greatly committed to exploring and expressing himself fully to the glory of God and benefit of mankind.

He is a generous giver to whom service to humanity remains his heritage.

I Believe God Has Been Kind To Me At 70 – Popular Businessman, Otunba ALEX ONABANJO