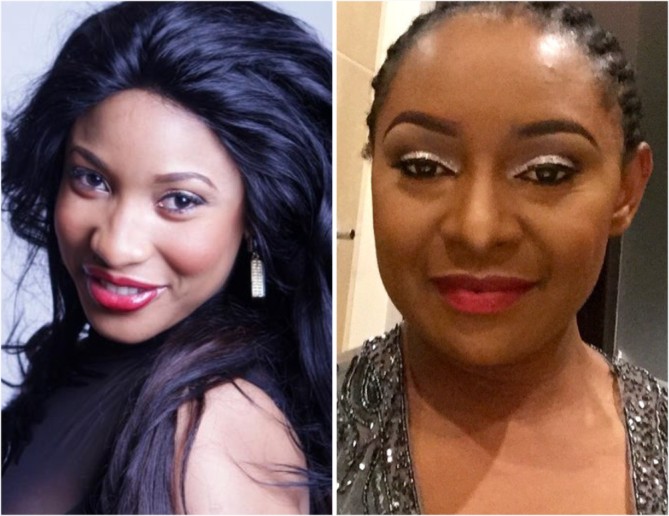 +How They Came Out Of It

Depression is a mood disorder that causes a persistent feeling of sadness and loss of interest. It affects how one feels, thinks and behave and can lead to a variety of emotional or physical problems. One may even have trouble doing normal day to day activities and sometimes feel as if life isn’t worth living.

Depression is not a weakness and one can’t simply snap out of it, rather it sometimes requires long term treatment but most often people who suffer depression feel better with medication, psychotherapy or both.

Some of our screen divas have suffered depression at a point in their careers and they have come out to share their stories, so people can learn from their stories and how they survived it. They are role models to lots of younger ones in the society but many believe because they are public figure, it has always been smooth and rosy for them, but they have decided to open up on their journey and struggles and this could in return help someone going through the same challenges and even considering giving up in life.

American born actress and model, Adunni Ade says she attempted suicide once as a result of her troubled relationship. She revealed this in an interview that she was so depressed when she left the father of her children and even contemplated suicide. She said what got her back was the fear that somebody else would raise her children if she remained in that relationship and the kids would see someone else as their mother.

According to her, “I was sitting in the bedroom one day, there was a bottle of Dettol in the bathroom and a thought came very strong “just drink it and die. What is the point?

“The whole world is laughing at you right now just end it”. For those that don’t know Toke got married to her longtime partner and health instructor Maje Ayida. The couple had been together for over 7 years, they had a private wedding on January 4th 2014 and barely 2 years after her wedding, the marriage hit the rocks.

Award-winning actress, Toyin Abraham revealed her struggles with depression and suicidal thoughts and was scared to talk about what she was going through at the time with close friends and family members.

At a point, she considered jumping over the Third Mainland Bridge. She went through her daily life dealing with depression. She recounted how she had even begun to plan her funeral and imagined the crowd that would show up for her.

And it took her manager, Big Sam who made her start seeing life from a different angle entirely to start appreciating herself and realise her worth in life. Today, she is one of the very best in the industry. She also went through counselling to get her life back on track.

Halima Abubakar revealed how depression affected her health and social well being. At a point frequent negative comments written about her in the media affected her so much and she also attempted suicide.

According to her “there were a lot of things that were wrong with me that led to my depression, I was angry, broke, people lied against me and they were also using my name to lie. I was deceived by the people I loved, I was seriously broke at that time and I had lots of responsibilities.

“There were many charity projects I was involved in and I was doing everything with my money. Everything just got to me at the same time and I got fed up. I wanted to kill myself because there was no one to help me, but I later realised that nothing is worth dying for. I was upset with myselt when I got back to my senses because people I wanted to kill myself for do not really care about me”.

Pretty actress, Tonto Dikeh, also opened up on her past struggles with depression and how music producer, Don Jazzy and Tee Billz rescued her from committing suicide some years back. According to her “I fell into the wrong crowd with the wrong people. I was just a total mess and didn’t know how to go about it, I thought that if I was no more, it would be better rather than suffere all these.

And how did she get out of it? According to her “I sought medical help, I talked to psychologists, I went to the U.S., did a 6 months course theraphy and even in Nigeria I visited a shrink every two months.

Georgina Onuoha, pretty mother of two also revealed she suffered depression after childbirth. According to her, at that time she had just moved to another country and was lonely with a partner who had a very demanding job. Eight months in a new country, no friends, no family, life was rough and I suffered postpartum depression and isolation but thank God my mum had to leave everything to come to stay with me”.

Fast-rising actress, Chisom Okpala’s story was different from others. She revealed on Instagram that she is suffering from depression and even threatened to end her life. Sadness and depression reflected in many posts on her page, immediately many fans, followers and friends quickly reached out to her to help her get out of that state so she won’t carry out the threat.

Victoria Inyama is one actress who has seen it all, most especially in marriage. She has seen the good, the bad and the ugly and despite her ordeals, she has not only remained strong and determined but has helped fellow women who are going through a lot in marriage especially domestic violence and abuse. These are women who are too scared to speak for the fear of what the society will say or how the family members will react. She suffered and survived domestic violence for 12 years before she parted ways with her husband, and in the process of going through all these, she suffered depression. According to her “years of abuse will make you think you are crazy”.

After she left her husband, she decided to go back to school to build herself confidence back, today she speaks for her fellow women and makes them understand it’s pointless staying in a toxic marriage.

Just few days ago, award-winning actress, Iyabo Ojo opened up on battling depression over a failed marriage. During an Instagram live session, the actress disclosed that she battled depression after her marriage crashed. She said she would always tell herself she was not good enough for any man to marry. According to her “anytime I was alone in my room, I would always say to myself Iyabo, you have failed! You are ugly! How could you have failed? How can you have a child and you will be this skinny before you had a child you were thick?

But her strength during those stages were her kids, she was happy seeing them and vowed to give them the world. She also said that apart from her kid, clubbing and drinking also helped her stay sane and happy.

Veteran actress, Morenike Alausa popularly known as Mama Ereko also suffered depression and she admitted she almost took her own life when her son suddenly returned to Nigeria for no reason. It cost her almost all her life savings to secure his travelling documents only for him to return empty-handed. The entire story took her off balance that she didn’t know what to make of it.

READ ALSO: MY HUSBAND NO LONGER TURNS ME ON IN BED!